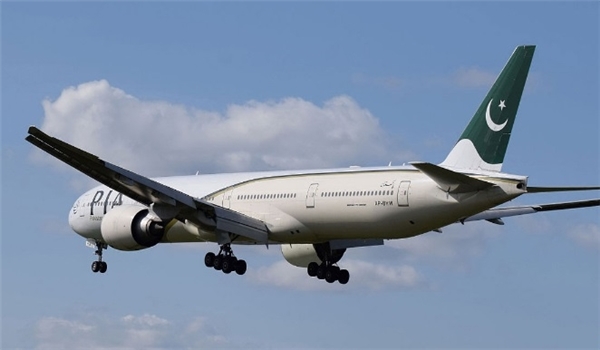 TEHRAN (FNA)- A passenger plane with at least 100 people on board has crashed in a residential area in the Pakistani city of Karachi, the country's civil aviation agency announced on Friday.

The flight from the Eastern city of Lahore crashed near the Jinnah International Airport in Karachi, the country's largest city, on Friday afternoon, officials confirmed, Asia News reported.

The plane hacrashed in the populated Model Colony area located on the outskirts of the city, approximately two kilometers from Jinnah International Airport.

"We are trying to confirm the number of passengers but initially it is 99 passengers and eight crew members," Abdul Sattar Khokhar, the spokesman for the country's aviation authority, stated.

Images shown on national television showed plumes of smoke above homes in a congested residential apartment buildings, with fire trucks en route to the scene of the crash.

Television footage from the scene showed a number of ambulances unable to make progress in the narrow lanes of the residential neighbourhood where the crash took place, as people crowded in towards the site.

The Pakistan International Airlines (PIA) spokesman announced it was "too early to say" what had caused the crash.

In 2016, a PIA commercial flight crashed in the Northern Pakistani region of Chitral, killing all 47 people on board.