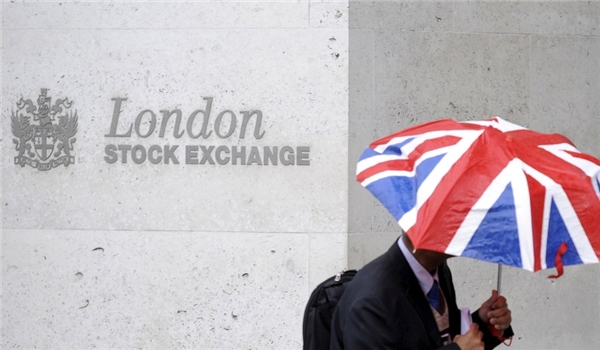 TEHRAN (FNA)- The UK government was forced to borrow a record £62bln to balance its books in April as the public finances felt the strain from a shutdown of the economy that saw high street spending plummet by an unprecedented 18%.

Figures from the office for national statistics highlighted the dramatic impact of the COVID-19 restrictions introduced in late March on activity – with public borrowing up by more than £50bln on the same month a year earlier and spending in clothes stores down by 50%, The Guardian reported.

The ONS said there had been a sharp drop in all the state’s main sources of revenue – income tax, national insurance, VAT and corporation tax coupled with a marked increase in spending. With the economy at a virtual standstill, the government borrowed as much last month as in the whole of the previous financial year.

The ONS added that the full effects of the pandemic on the public finances would only be felt over the coming months and as a result the April data was likely to be substantially revised. The independent office for budget responsibility believes borrowing will reach a peacetime record of £300bln for 2020-21 as a whole.

Separate ONS data for retail sales showed that the 5.2% drop in March was dwarfed by an 18.1% decline in April – the first full month of the lockdown.

All sectors of the retail industry were affected apart from purchases made online – which were up 18% and sales of alcoholic drink – which rose by 2.3%.

With consumers confined to their homes, sales of clothing halved last month, following a drop of more than a third the previous month.

ONS deputy national statistician for economic statistics, Jonathan Athow, said, “The effects of COVID-19 have contributed to a record monthly fall in retail sales of nearly a fifth. Fuel and clothing sales fell significantly while spending on food also dropped after the surge from the panic buying seen last month. Off-licence sales, however, continued to increase."

Jeremy Thomson-Cook, chief economist at Equals, stated, “Today’s UK retail sales figures show the nature of consumer facing businesses through the COVID-19 crisis; you have to be online and food or booze related or your sales have been crippled. Coronavirus has put the high street in stasis and the reopening of shopping centres and areas will take a huge amount of time and planning with no guarantee of a full recovery. Online fulfilment will remain crucial given shoppers may have the ability to return to shops soon but the desire to physically turn up will likely be lacking.”