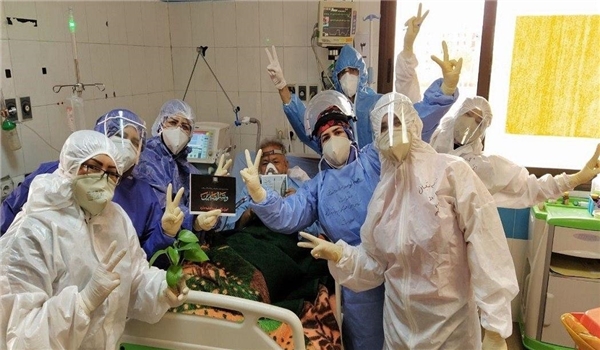 TEHRAN (FNA)- The Iranian health ministry announced on Friday that 2,311 new cases of coronavirus infection have been identified in the country in the past 24 hours, noting that 82% of these cases have been outpatients.

“2,311 more patients infected with COVID-19 virus have been identified in the country since yesterday based on confirmed diagnosis criteria,” Health Ministry Spokesman Kianoush Jahanpour said on Friday.

He explained that 413 new patients were hospitalized and 1,889 others were outpatients.

Jahanpour noted that the number of coronavirus patients in the country has increased to 131,652 people.

He said that 82% of these cases have been outpatient and only 18% were monitored and hospitalized.

The spokesman said that a total number of 7,300 people have lost their lives due to infection to the virus in the last several months, including 51 in the past 24 hours.

Jahanpour, meantime, stated that 102,276 coronavirus patients have recovered and been discharged from hospitals, expressing concern that 2,659 patients infected with COVID-19 virus are in critical conditions.

He added that 763,913 coronavirus tests have been carried out in Iran so far, noting, “In the past 24 hours, 14 provinces reported zero deaths and 6 provinces had 1 death each.”

The coronavirus COVID-19 is affecting approximately all countries and territories around the world. The virus was first reported in the central Chinese city of Wuhan late last year. It has so far killed more than 334,000 people and infected over 5.2 million others globally.

TEHRAN (FNA)- Chairman of Iran's Expediency Council (EC) Sadeq Amoli Larijani called on all Islamic countries to show solidarity to assist the Lebanese government and nation to pass the difficulties and sufferings resulted from the Tuesday massive explosion in Beirut.

TEHRAN (FNA)- Prime Minister Boris Johnson has been accused of “actively ignoring” the families of people who have died from coronavirus after he and other government ministers refused to meet or engage with them.
﻿
﻿
Sections