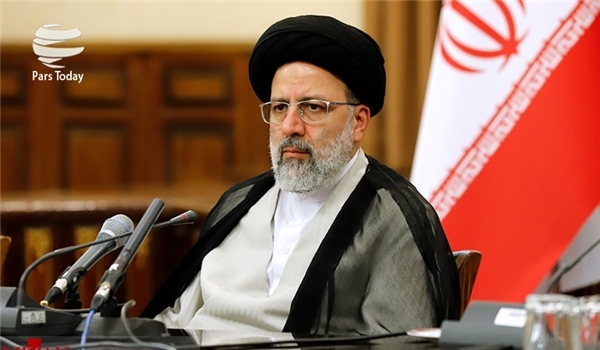 TEHRAN (FNA)- Iran’s Judiciary Chief Ebrahim Rayeesi called on the Muslim countries to join in a collective effort to help retain the rights of the oppressed Palestinian nation.

Rayeesi made the remarks in a message to the heads of judiciaries of the Islamic countries on the occasion of the International Quds Day.

"Resistance is the initiative of the Palestinian people to continue their existence," Iran's judiciary chief said.

Rayeesi voiced the Iranian Judiciary’s readiness to pursue the realization of this goal and to address the crimes and aggression of Israel in national and international legal tribune with the cooperation of the Islamic countries.

Referring to the seven decades of support by the US and some European countries for the Israeli regime’s barbaric crimes, the Iranian judiciary chief underlined that the "right to self-determination" is an undeniable right of every nation.