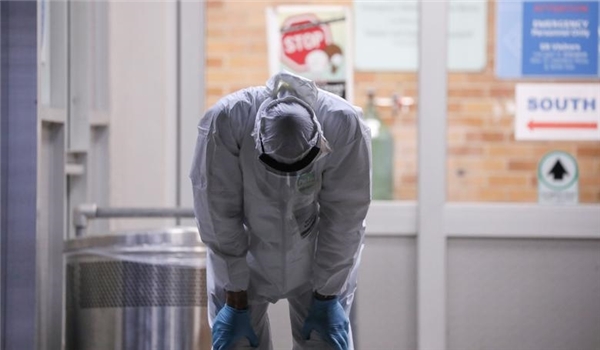 TEHRAN (FNA)- The US could have avoided nearly 36,000 deaths caused by the coronavirus through early May if stay-at-home orders and other social distancing restrictions were implemented just one week earlier, a new study from Columbia University researchers showed.

The study, which focused on transmission in metropolitan areas, found that social distancing measures adopted throughout the nation after March 15 "effectively reduced rates of COVID-19 transmission".

The researchers estimated that had the measures been instituted just one week earlier that the US may have avoided more than 700,000 confirmed cases of the virus and as many as 35,927 deaths that it caused.

The researchers also estimated that if lockdown measures were instituted as early as March 1, approximately 54,000 fewer people would have died by May 3.

“It’s a big, big difference. That small moment in time, catching it in that growth phase, is incredibly critical in reducing the number of deaths,” Jeffrey Shaman, an epidemiologist at Columbia and the leader of the research team, told The New York Times, which first reported on the study.

The study's authors said that their findings were based on counterfactual simulations in which the sequence of transmission rates between March 15 and May 3 were shifted back one and two weeks, respectively. The models they used assessed how social distancing slowed the spread of the disease after mid-March and looked into how lockdown measures could have impacted the spread of the disease earlier.

The authors acknowledged that counterfactual experiments are based on hypothetical assumptions and that implementing quarantine measures is complicated by general uncertainty and economic concerns, among other things. But they emphasized that the findings highlight "the dramatic effect that early, coordinated interventions have on the COVID-19 pandemic".

They also added that "rapid response" is critical to avoid new waves of infections as states throughout the US begin to gradually reopen.

As of Friday morning, the US had reported more than 1.5 million confirmed cases of the coronavirus and roughly 95,000 deaths caused by it, according to data compiled by Johns Hopkins University.

The study comes as President Donald Trump and his administration have faced scrutiny throughout the outbreak from Democratic lawmakers and the leaders of some states over the initial handling of the pandemic. Trump in February downplayed the severity of the disease, suggesting that it would disappear like a "miracle".

Trump has repeatedly defended his administration's response, often touting his move to restrict travel from China in January as a move that slowed the disease's spread. After the study's release, the White House renewed its criticism of China and the World Health Organization (WHO), claiming that a failure to be transparent in the outbreak's early stages cost lives.

“What would have saved lives is if China had been transparent and the World Health Organization had fulfilled its mission,” White House Spokesman Judd Deere told The Washington Post, adding, “What did save American lives is the bold leadership of President Trump.”