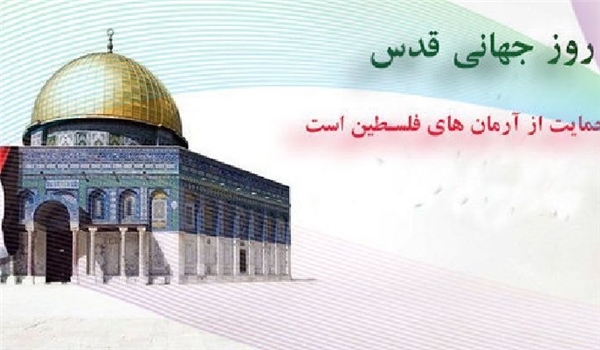 TEHRAN (FNA)- Iran's Embassy in Belgrade in a statement on the International Quds Day said on Friday that the US so-called plan or 'Deal of Century' contradicts many of the basic principles of international law, regulations and resolutions, as well as accepted norms of human rights.

The statement by the Iranian mission in Serbia said that After a lapse of nearly 40 years since designation of last Friday of the holy month of Ramadan as International Quds Day by the late founder of the Islamic Republic, Imam Khomeini, it has turned into a unifying opportunity to counter the occupation, apartheid, massacre, creating division and crisis by "the Zionist regime in the world".

No doubt that confronting the policies and plans of "the Zionist regime" with a seventy-year record of occupation and committing war crimes, as well as crimes against humanity in the occupied territories, is still alive, it added.

The statement blasted the frequent and shameless violation of the international law, displacement of Palestinians and Judaization of the occupied territories, and massacre of oppressed Palestinians, especially women and children, and said, "Such measures are aimed at destabilizing the countries of the region and confronting them requires the unity and support of all Muslim governments and nations and countries in which the spirit of freedom- and right-seeking is still alive.

The Iranian embassy noted that in order to resolve the Palestinian crisis, the Islamic Republic of Iran has presented a democratic and fair plan entitled "Holding a National Referendum in Palestine", which has also been registered with the UN Secretariat.

"Under Iran's plan, Muslims, Jews and Christians of Palestinian origin will be able to choose the type of legal system they favor and enjoy their rights freely and equally," the statement concluded.

TEHRAN (FNA)- Domestic abuse services are preparing for a “tsunami” of victims fleeing violent partners as the UK begins to ease its coronavirus lockdown, according to a report.

Iran: Asgari's Freedom No Result of Prisoner Swap with US

TEHRAN (FNA)- The Iranian foreign ministry dismissed media reports that the country's scientist Sirous Asgari who was jailed in the US and is now on a plane flying back home has been freed in a prisoner swap with Washington.
﻿
﻿
Sections