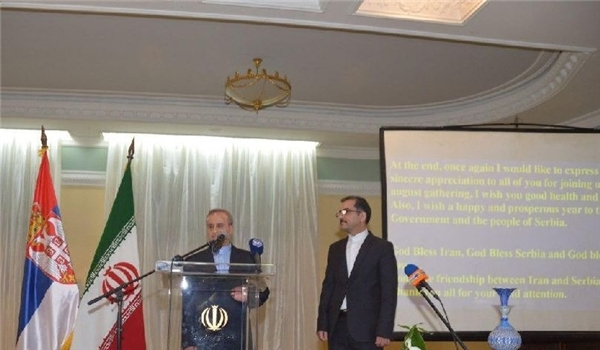 TEHRAN (FNA)- Iranian Ambassador to Serbia Rashid Hassanpour took Israel responsible for the tensions in the region due to its cruelties against the Palestinian people and other nations.

"The Zionist regime's cruel and inhuman policies are the main cause of all tensions, insecurities and crises and formation of terrorism in the region," Hassanpour said on Wednesday.

The ambassador condemned the US move to recognize Quds as the Zionist regime's capital and transfer its capital to the holy site, saying that provocative move has fuelled violence and bloodshed, and the UN General Assembly in December 2018 opposed the US President's decision by a majority of votes.

Deal of the century which is mainly supported by the US contradicts accepted democratic values ​​and norms, as well as approvals of the United Nations and other international organizations, Hassanpour said.

His remarks were made on the eve of the International Quds Day on May 22.

Due to the outbreak of coronavirus in the world, the International Quds Day will be commemorated differently without holding gatherings and rallies in most countries.