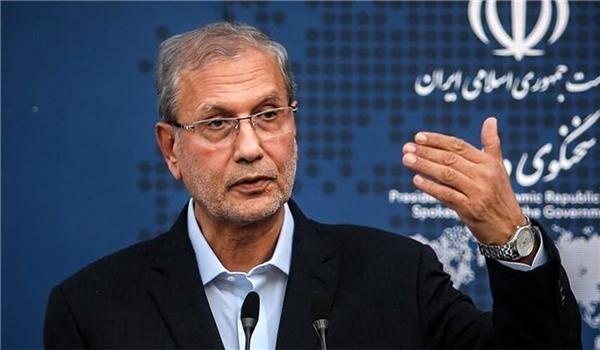 TEHRAN (FNA)- Government Spokesman Ali Rabiyee said that Iran's coronavirus white areas have increased to 280, adding that the Islamic Republic ranks third in the world, after China and Switzerland, in terms of the recovery and treatment of patients affected with the deadly virus.

"This assurance (the realization of white zones) was created and the faithful people observed health protocols more than others," Rabiyee said.

The Iranian health ministry announced on Wednesday that 2,346 new cases of coronavirus infection have been identified in the country in the past 24 hours, noting that 64 patients have passed away since yesterday.

“2,346 more patients infected with COVID-19 virus have been identified in the country since yesterday based on confirmed diagnosis criteria,” Health Ministry Spokesman Kianoush Jahanpour said.

He explained that 457 new patients were hospitalized and 1,889 others were outpatients.

Jahanpour noted that the number of coronavirus patients in the country has increased to 126,949 people.

He said that 7,183 people have lost their lives due to infection to the virus, including 64 in the past 24 hours.

Jahanpour, meantime, stated that 98,808 coronavirus patients have recovered and been discharged from hospitals, expressing concern that 2,673 patients infected with COVID-19 virus are in critical conditions.

“In the past 24 hours, 10 provinces reported zero deaths and 8 provinces had 1 death each,” he said.

The coronavirus COVID-19 is affecting approximately all countries and territories around the world. The virus was first reported in the central Chinese city of Wuhan late last year. It has so far killed more than 325,200 people and infected over 5 million others globally.