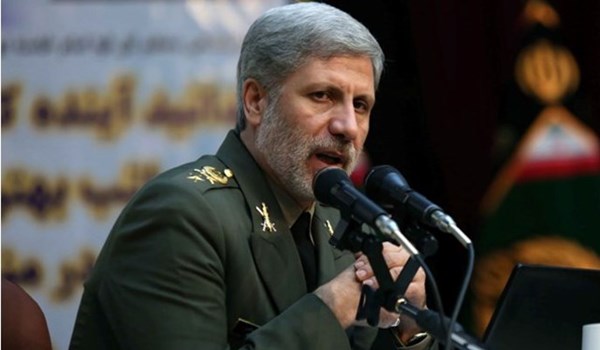 TEHRAN (FNA)- Iranian Defense Minister Brigadier General Amir Hatami warned the US against any hostile move or trouble-making for the country’s oil tankers in international waters.

TEHRAN (FNA)- Years ago Iranian people shouted that they could not breathe and Imam Khomeini pushed the US’s knee away from the neck of the oppressed, Parliament Speaker Mohammad Baqer Qalibaf said.

Zarif Calls on US to Release Iranian Hostages

TEHRAN (FNA)- Iranian Foreign Minister Mohammad Javad Zarif in a message expressed pleasure over the release of the country’s professor Sirous Asgari, and urged the US to free other Iranians kept hostage by Washington.
﻿
﻿
Sections