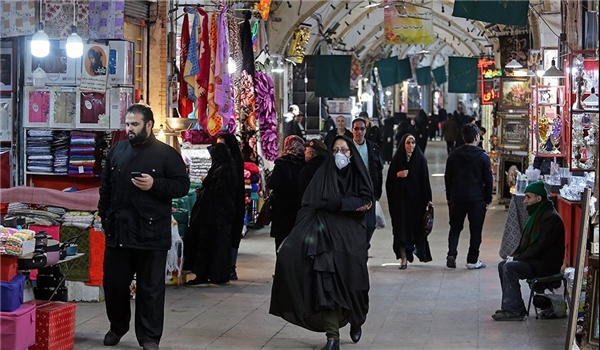 TEHRAN (FNA)- Iranian President Hassan Rouhani said that the country has nearly reached the phase of containment of coronavirus disease, and added that the past three months were breathtaking for the medical staff and their families.

“We have been advancing in these three months and have not stepped back so that today we are almost in the brink of containment,” Rouhani said, adding, “if some of the provinces had accompanied we could have had a better condition today.”

He stressed that there is a long way ahead, and that, “we asked the people to come to the scene and, honestly, they cooperated well and responded the call of the medical personnel and officials positively.”

He also stressed that the government is trying to help the students with regards to education.

The Iranian health ministry announced on Tuesday that 2,111 new cases of coronavirus infection have been identified in the country in the past 24 hours, noting that 10 provinces have reported no deaths from the disease.

He explained that 424 new patients were hospitalized and 1,687 others were outpatients.

“In the past 24 hours, 10 provinces reported zero deaths and 6 provinces had 1 death each,” Jahanpour said, adding that Khuzestan province in Southern Iran is a red zone now considering the increasing number of infection to COVID-19 virus but other provinces enjoy relatively sustainable situation.

The coronavirus COVID-19 is affecting approximately all countries and territories around the world. The virus was first reported in the central Chinese city of Wuhan late last year. It has so far killed more than 325,000 people and infected nearly 5 million others globally.

TEHRAN (FNA)- Domestic abuse services are preparing for a “tsunami” of victims fleeing violent partners as the UK begins to ease its coronavirus lockdown, according to a report.

Iran: Asgari's Freedom No Result of Prisoner Swap with US

TEHRAN (FNA)- The Iranian foreign ministry dismissed media reports that the country's scientist Sirous Asgari who was jailed in the US and is now on a plane flying back home has been freed in a prisoner swap with Washington.

TEHRAN (FNA)- The Iranian health ministry announced on Tuesday that 3,117 new cases of infection to coronavirus have been diagnosed in the country in the past 24 hours, adding that 83% of identified people have been outpatients.

TEHRAN (FNA)- The Iranian legislators in a statement on Tuesday deplored the brutal killing of a black man by an American policeman, describing it as a symbol of racial terrorism in the US.

CBO: COVID-19 Pandemic Will Shrink Economy by $8 Trillion in Next Decade

TEHRAN (FNA)- The COVID-19 pandemic will reduce the size of economic output by a combined $7.9 trillion over the next decade in real terms, or 3 percent of cumulative GDP, according to a report by the Congressional Budget Office.
﻿
﻿
Sections