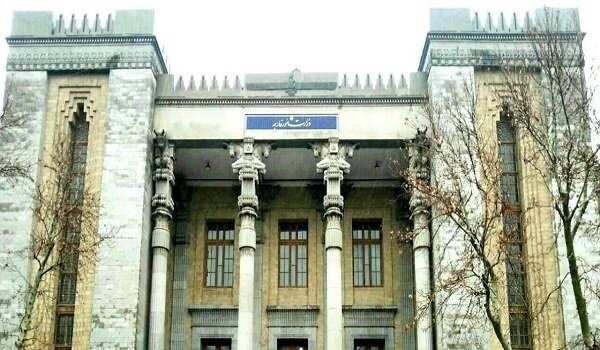 TEHRAN (FNA)- The Iranian Foreign Ministry called on the European Union to take concrete and brave steps to halt the brutalities and atrocities of the Israeli regime against the Palestinians.

“Since the illegitimate establishment of the Zionist regime, Europe has left behind #Palestinians & incurred painful costs on them. It’s high time Europe must listen to the global conscience & take bold steps in defending the Palestinians against the Israeli atrocities,” Iran's foreign ministry tweeted on Tuesday.

The foreign ministry's reaction came after the Iranian parliament in its meeting on Monday unanimously approved the generalities of a bill to confront the hostile acts of the Zionist regime against peace and security.

In a relevant Twitter message earlier on Tuesday, the Iranian foreign ministry reiterated that it is only Palestinians who can and should decide for Palestine in a referendum as the global proposals have failed to solve the problem.

“For 7 decades the international community failed to solve the question of Palestine since the plans proposed never corresponded with its historical facts and roots,” it said.

“Iran believes that only Palestinians whether Muslim, Christian or Jew with a national referendum can and should decide for Palestine,” the foreign ministry added.

In relevant remarks on Monday, Iran’s Judiciary Chief Ebrahim Rayeesi stressed the US and Israel’s failure in implementation of their plots in the region, warning them of a new large-scale Intifada.

“Freedom of the holy Quds is still the Islamic Ummah’s priority. Today, after 72 years of the miseries brought by the Zionist regime and its violation of deals and crimes against the Palestinian, Lebanese and other regional countries’ people, they are after implementation of the disgraceful Deal of the Century Plot,” Rayeesi said, addressing a meeting of the Judiciary officials in Tehran on Monday.

He described the plot to annex the West Bank to the lands occupied by Israel as a prelude to implement the Deal of the Century plan.

“The US and the Zionist regime will never succeed in implementation of the plan and a more massive Intifada compared to the past (Intifadas) will be triggered in Palestine and even across the region,” Rayeesi said.