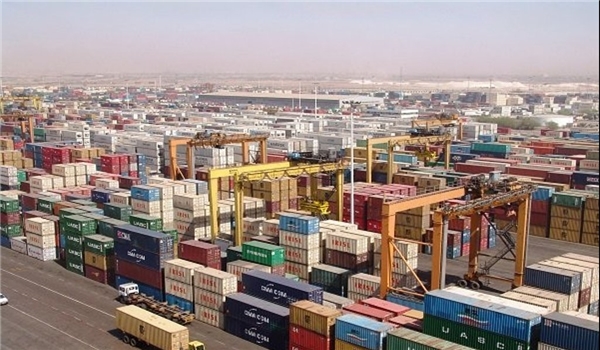 TEHRAN (FNA)- Governor of the Central Bank of Iran Abdolnasser Hemmati said that non-oil exports will have a surge as the country is facing a decrease in the trend of coronavirus outbreak and trade activities are resumed.

“The government's plans for development of non-oil exports and the ways of securing foreign exchange for Iran’s imports in 2020 were reviewed and good decisions were made,” Hemmati added on his Instagram page late on Tuesday referring to the meeting of the Government's Economic Coordination Headquarters with the president in attendance.

"I explained the CBI's different methods for returning exporters' currency to the economic cycle," he said.

In relevant remarks on May 8, Iranian Economy Minister Farhad Dejpasand said that the country has kept trading in various fields despite persistence of the US most oppressive sanctions for the past two years.

He added that the huge capacity of the country’s economy was proved by nearly $44 billion of import and $41 billion of non-oil export during the mentioned period.