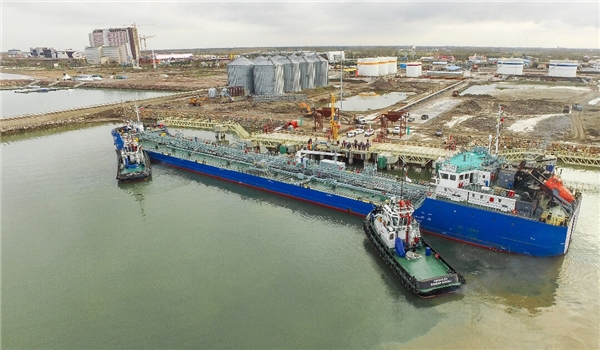 TEHRAN (FNA)- An Iranian official said the possible cyberattack, which has been linked with Israel, against the country’s Shahid Rajaee port’s installations has caused minor abnormalities in the computer systems, but failed to cause major trouble or disruption.

The official’s remarks came after Washington Post newspaper claimed that on May 9, shipping traffic at Iran’s bustling Shahid Rajaee port terminal came to an abrupt and inexplicable halt due to a substantial cyberattack that US and foreign government officials say appears to have originated with Israel.

“Some [minor] disruptions at the computer systems last week can be the result of a cyberattack,” the official said.

Yet, relevant officials at Shahid Rajaee port stressed that “there has been no disruption in operations” of the port facilities thanks to the full preparedness of the civil defense units and timely and effective confrontation against the problem.

After wide-scale cyberattacks on Iranian facilities, including its nuclear sites in recent years, Iranian officials started planning a proper and well-concerted line of defense against virus attacks.

In March 2012, the Islamic Republic of Iran announced plans to strengthen its cyber power by establishing a Supreme Council of Cyberspace to defend the country against cyberattacks.

Supreme Leader of the Islamic Revolution Ayatollah Seyed Ali Khamenei tasked the Iranian president with the duty of establishing a Supreme Council of Cyberspace.

In January 2013, Iran's mission at the United Nations criticized the US for its involvement in cyberattacks against Tehran, and stressed that Iran respects international laws and regulations against the use of malwares against other nationsˈ economic sectors.

In a statement issued at the time, the mission said Iran condemns any use of malware that target important institutes by violating the national sovereignty of states.

"Unlike the United States, which has, per reports in the media, given itself the license to engage in illegal cyber-warfare against Iran, Iran respects the international law and refrains from targeting other nations' economic or financial institutions," the statement read.

It also rejected claims that Iran has allegedly orchestrated cyberattacks on the US financial institutions, and said, "We believe that raising such groundless accusations are aimed at sullying Iran's image and fabricating pretexts to push ahead with and step up illegal actions against the Iranian nation and government."

In December 2012, Iran announced that it has thwarted a second cyberattack on one of its Culture Ministry institutes.

The cyberattack, originated from the US city of Dallas via switches in Malaysia and Vietnam, had targeted the information center of the Culture Ministry's Headquarters for Supporting and Protecting Works of Art and Culture.

The attack was repelled by the headquartersˈ experts.

In the last few years, various Iranian industrial, nuclear and government bodies have come under growing cyberattacks, widely believed to be designed and staged by the US and Israel.

"Despite the frequent efforts made by hackers, the cyberattack has failed to leave any impact on the data system," a statement released by the Ministry of Science, Research and Technology said.

It further praised the proper measures and full preparedness of the relevant departments at the science ministry for repelling the attack.

Wide-scale cyberattacks on Iranian facilities started in 2010 after the US and Israel tried to disrupt the operation of Iran's nuclear facilities through a worm which later came to be known as Stuxnet.

US intelligence officials revealed in April 2012 that the Stuxnet malware was not only designed to disrupt Iran's nuclear program, but was part of a wider campaign directed from Israel that included the assassination of the country's nuclear scientists.

Stuxnet is the first discovered worm that spies on and reprograms industrial systems. It is specifically written to attack SCADA systems which are used to control and monitor industrial processes.

In September 2013, the Islamic Republic said that the computer worm of Stuxnet infected 30,000 IP addresses in Iran, but it denied the reports that the cyber worm had damaged computer systems at the country's nuclear power plants.

In April 2012, Iran announced that it has discovered the Stars virus that is being used as a tool to commit espionage.

That was the second cyberattack waged by enemies of Iran to undermine the country's nuclear as well as economic and industrial activities.

Security software manufacturer Symantec said parts of the Duqu code base are nearly identical to the infamous Stuxnet worm, ˈbut with a completely different purpose.’

Iran announced in November 2011 that it had developed a software program that can control the Duqu spyware.

TEHRAN (FNA)- Chairman of Iran's Expediency Council (EC) Sadeq Amoli Larijani called on all Islamic countries to show solidarity to assist the Lebanese government and nation to pass the difficulties and sufferings resulted from the Tuesday massive explosion in Beirut.
﻿
﻿
Sections