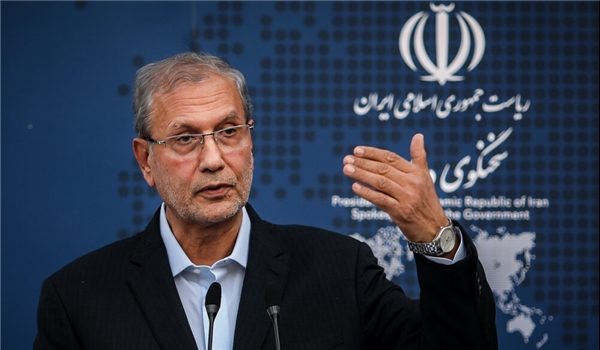 TEHRAN (FNA)- Iranian Government Spokesman Ali Rabiyee confirmed his country’s exports of gasoline to Venezuela, warning against any US hostile act against Iran’s tankers in the international waters.

“Iran has sent the gasoline tankers at the demand of Venezuelan government. No state is duty-bound to implement the US-desired sanctions,” Rabiyee told reporters in Tehran on Monday.

Reuters had quoted a senior official in President Donald Trump’s administration as saying on Thursday that the United States is considering measures it could take in response to Iran’s shipment of fuel to Venezuela.

“...and we’re looking at measures that can be taken,” the official added, speaking on the condition of anonymity.

On Sunday, Rabiyee had also blasted the US interference in trade exchange between Iran and Venezuela, and stressed that Iran will not hesitate to sell its oil.

He pointed to some reports released in the recent weeks on the trade exchanges between Tehran and Caracas, and added, “Iran sells goods to Venezuela and buys goods in exchange. This trade is none of anybody’s business.”

Related News
Envoy: US, Israel Resorting to Iranophobia to Carry Out Deal of Century
LATEST STORIES (8)