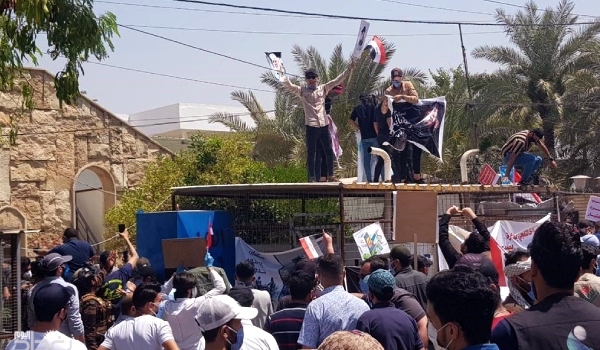 TEHRAN (FNA)-Iraqi protesters stormed on Monday, the office of Saudi Network "MBC", in Baghdad, refusing to describe Abu Mahdi Al-Muhandis as a terrorist in a report. [+PHOTOS, VIDEO]

MBC Iraq presented a report that talked about on the bombing that targeted the US embassy in Kuwait in the eighties of the last century by the elements of Al- Dawa Party, including Abu Mahdi Al- Muhandis, as the report's wirter described him as a terrorist.