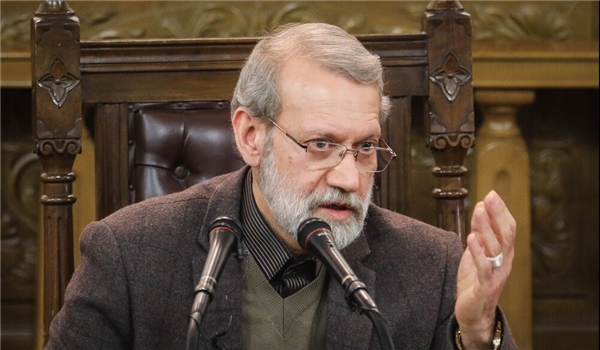 TEHRAN (FNA)- Iranian Parliament Speaker Ali Larijani praised the approval of a bill to confront Israel’s hostile acts against peace and security, deeming it as important given the regime’s disturbing measures in the region.

“Approval of the bill to confront the hostile acts of the Zionist regime against peace and security is highly important in confrontation against the regime’s hostile measures to disturb the regional situation,” Larijani said, addressing an open session of the parliament in Tehran on Monday.

He appreciated the lawmakers for the approval of the plan, saying, “The parliament’s measure was very timely.”

The Iranian parliament in its meeting on Monday unanimously approved the generalities of a bill to confront the hostile acts of the Zionist regime against peace and security.

The parliament’s National Security and Foreign Policy Commission had on Saturday prepared and approved the bill aimed at “confronting the hostile acts of the Zionist regime against peace and security”.