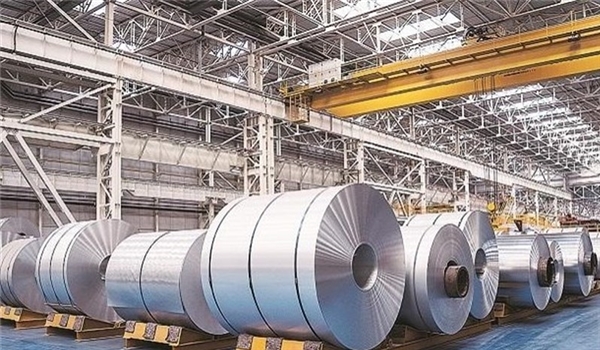 Figures released by Iran's Steel Producers Association put the total amount of steel production at 2,542,000 tons during the first month.

Iran's steel industry, with a history of over half a century, today ranks first among competitors in the Middle East in terms of production and exports of this commodity and is expected to reach the 7th place the world until 2025.

Media reports said earlier in May that Iran has become the leading country in the field of producing and exporting steel in West Asia region.

With more than half a century experience, Iran’s steel industry is leader in the Middle East among its rivals in terms of steel production and exports, the Persian-language news outlets reported.

It is expected that Iran’s steel industry will promote its level from 10th to 7th in global arena by 2025.

According to the latest data of country’s Comprehensive Steel Plan, the Islamic Republic of Iran, Saudi Arabia, the United Arab Emirates (UAE) and Qatar are major steel producers in West Asia.

Statistics showed that the Islamic Republic of Iran produced about 25 million tons of steel in 2018, accounting for over 69 percent share of steel production in the region.

Iran, Saudi Arabia and the UAE, in addition to being the largest producers of steel in West Asia, have also the highest steel consumption volume.

The aforementioned three countries have accounted for over 70 percent share of steel consumption in the region.