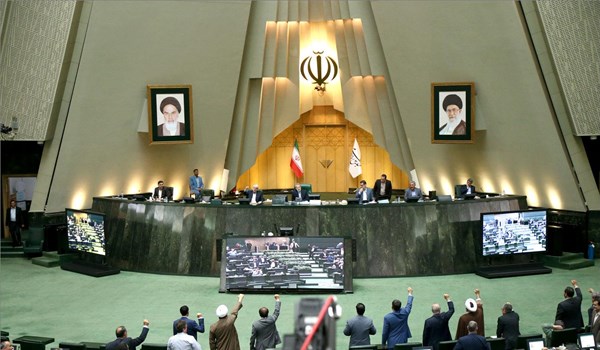 TEHRAN (FNA)- The Iranian parliament in a meeting on Monday unanimously approved a bill to confront the hostile acts of the Zionist regime against peace and security.

The generalities of the double-urgency plan were approved by all Iranian legislators present in an open session of the legislative body without any opposition.

“Based on the first article of the bill, all Iranian bodies are required to use the country’s regional and international capacities to confront the Zionist regime’s measures, specially its warmongering and terrorist moves, siege (of Gaza), settlement construction, displacing the Palestinian people and occupation of countries’ lands, including Golan,” Rapporteur of the parliament’s National Security and Foreign Policy Commission Seyed Hossein Naqavi Hosseini told FNA on Saturday.

TEHRAN (FNA)- Iranian President Hassan Rouhani and his French counterpart Emanuel Macron in phone talk on Wednesday discussed the latest developments in Lebanon after the last week explosion in Beirut as well as issues related to the nuclear deal.
﻿
﻿
Sections