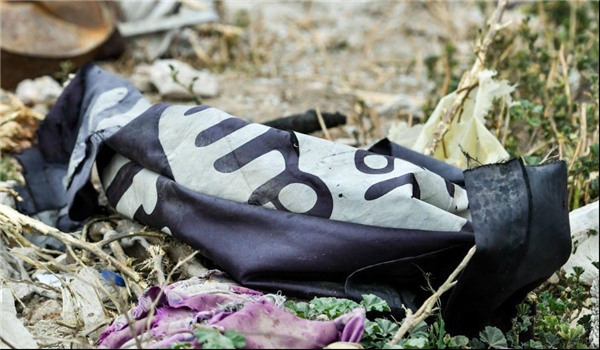 TEHRAN (FNA)- A senior member of the Iraqi parliament’s Security and Defense Committee warned that unidentified aircraft are transferring the ISIL terrorists to Salahuddin province in Iraq as part of a seemingly major plan to trigger security problems for the Arab nation again.

“Witnesses have in the past few days reported landing of airplanes carrying members of certain terrorist groups (ISIL) in Salahuddin, but the origin of these planes is unknown,” al-Rakabi told the Arabic-language Baghdad al-Youm news website on Sunday.

He also voiced concern about the weak military equipment and possibilities in Diyali province and the return of ISIL terrorist group to the Iraqi provinces.

Al-Rakabi, meantime, said that the ISIL return to certain provinces in Iraq similar to 2014 incidents is unlikely as the terrorist group is not after taking control of lands this time and seeks to disturb the political and security situation of Iraq.

Another member of the Iraqi parliament’s Security Commission had also warned on Saturday that unknown helicopters and cargo planes have been landing in certain regions of Salahuddin, Nineveh and Diyali provinces where the ISIL terrorists are present.

“The local people have several times seen the landing of these aircraft but the identity of their crews or the country of their origin is not known,” Jassim al-Jabarah told the Arabic-language al-Ma’aloumeh news website.

He added that the ISIL terrorists are present in those regions that the unknown helicopters and planes land.

Al-Jabarah said that the continued flights and landings of these helicopters reminds of the Western states, specially the US, support for the ISIL terrorists in 2014, and urged the Iraqi government to investigate the issue immediately.