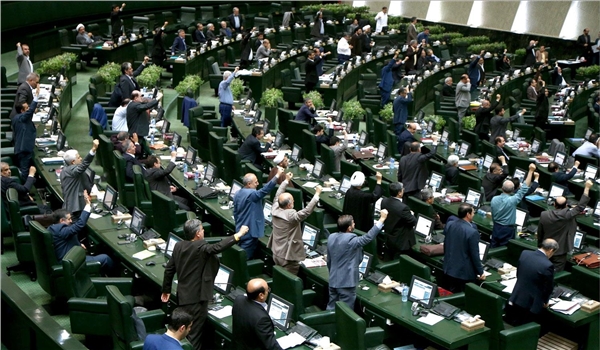 TEHRAN (FNA)- The Iranian parliament’s National Security and Foreign Policy Commission in a meeting on Saturday prepared and approved a bill to confront the hostile acts of the Zionist regime against peace and security.

In relevant remarks on Saturday, Iranian President Hassan Rouhani underlined the importance of the International Quds Day, saying that people in several cities in Iran which face lower risks of coronavirus epidemic will come out to mark the day.

“Two decisions have been made for the Quds Day; first is that Quds Day will be held in 218 cities which are white cities (considering the low risk of coronavirus epidemic) not in the form of rallies but by presence in the Friday prayers (and of course) by respecting all hygiene protocols,” President Rouhani said, addressing a meeting of the National Coronavirus Campaign Headquarters.

He added that the International Quds Day rallies will be held in Tehran symbolically.

“It was decided that the Islamic Revolution Guards Corps (IRGC) be tasked with holding the rallies,” Rouhani said, explaining that the rallies in Tehran will come in the form of a car-driving rally in a symbolic move and without ordinary people’s presence.