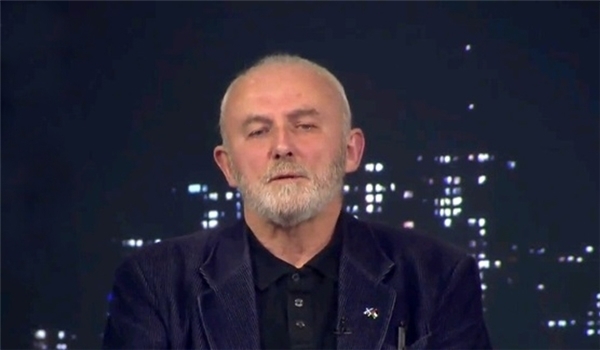 Speaking exclusively with FNA, Mick Napier said, “The old [Palestinians] have died but the young have not forgotten and in Palestine and in the Diaspora remain as determined as ever to regain their rights to return to their lands in Palestine. In every struggle against colonialism and foreign domination it is not the military stronger side which wins, rather it is a people which can absorb terrible punishment and still continue to fight.”

Mick Napier is the head of the Scottish Palestine Solidarity Campaign which campaigns in solidarity with the Palestinian people. SPSC supports the BDS Movement and its call for boycott, divestment and sanctions towards Israel. It recognizes the Palestinian Right of Return.

Q: Over 70 years after inception of Israel, why has the Nakba day remained important to many people around the world?

A: Nakba Day commemorates the 1948 ethnic cleansing of the great majority of Palestinians from their homes, villages and their homeland by Zionist militias. The project to rid Palestine of as many of its native people as possible was executed with great brutality in order to clear the land for incoming Zionist Jews from Europe. The 700,000 Palestinian refugees were not an unforeseeable outcome of the chaos of war; they were the result of an ethnic cleansing campaign planned in advance by the highest echelons of the Zionist political and military organization. The United Nations inflicted great injustices upon the Palestinian people, but it should not be forgotten that Israel was only admitted to the UN on condition that it allowed expelled refugees to return to their homes or to the areas they were driven from if their homes had been destroyed. Israel had no intention of honoring that commitment and to this day refuses to allow refugees to return to the homeland, where their pillaged property remains under the control of the various Zionist institutions.

The ethnic cleansing of Palestine remains unfinished business as far as the dominant political parties in Israel are concerned. They openly discuss completing the process by expelling the remaining Palestinians from their homes. Around the world Sinister forces inspired by Israel's ethnic cleansing of the Palestinians to attempt to emulate Israel by demonizing and driving out a section of the population.

Q: Many world leaders and officials attended Holocaust memorial day in Israel. Do they know that the Nakba is the verifiable and indelible part of Israel’s history?

A: World leaders recently attended Holocaust commemoration events in Israel. They dishonored the memory of the Jewish, Polish, Russian and many other victims of the Nazi regime of mass murder by remaining silent on Israel's ongoing murder of Palestinians demonstrating for their rights, by remaining silent on Israel's recent "democratic elections" where the contending candidates vied with each other as to who had killed the most Palestinians, by denying the historical reality of the birthing of Israel on the shattering of the lives of the native Palestinian people, the Nakba.

Israeli leaders over the years have expressed their hopes that "the old will die and the young will forget" the crimes of the Nakba that turned a peaceful Middle Eastern people into a refugee population scattered across the Middle East and beyond. The old have died but the young have not forgotten and in Palestine and in the Diaspora remain as determined as ever to regain their rights to return to their lands in Palestine. In every struggle against colonialism and foreign domination it is not the military stronger side which wins rather it is a people which can absorb terrible punishment and still continue to fight. The Palestinian struggle for freedom has continued through numerous massacres over the decades.

The grotesque figure of Donald Trump is the latest US president to offer massive support to the ethnic cleansing regime in occupied Palestine. His so-called ‘Deal of the Century’ is only the latest demand from Washington for the Palestinians to surrender unconditionally and to accept the Zionist jackboot stamping on their neck forever. Against overwhelming odds, the Palestinians, by continuing to resist the doom planned for them, have established a claim on decent people around the world for solidarity.