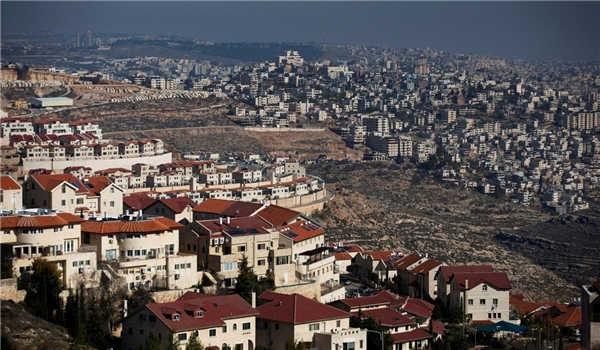 TEHRAN (FNA)- The Iranian parliament’s Permanent Secretariat of the International Conference on Supporting Palestinian Intifada in a statement deplored Israel for its plot to annex Palestinian territories with the US support.

The Zionists are wrong to think that they can annex the West Bank, the Golan Heights and the Shebaa Farms to the occupied territories with backing from US President Donald Trump and the Zionist lobby in the United States, as the US decline and the withdrawal of foreign troops from the region are already on the horizon, said the statement on Wednesday.

“The fake regime of Israel and Zionism have no place in the future of the region,” it added.

The statement said the Israeli regime was exploiting the deteriorating regional and international developments to press ahead with its crimes, including the desecration of al-Aqsa Mosque, settlement expansion activities, efforts to Judaize the West Bank and Jerusalem al-Quds, and the siege of the Gaza Strip.

The unilateral pro-Israel proposal is fruitless as it can only lead to further unity among the Palestinian people and political groups, the statement by the Iranian parliamentary body said, adding, “This new colonial plan, which is worse than apartheid, has made the resistance [front] more determined than ever to believe in ‘resistance until victory.’”

“Undoubtedly, the US president's deal of the century and sycophantic attempts by a few failed Arab states to normalize relations with the Zionists will … fail to break the determination of the resistance [front] and the Palestinian nation to liberate [Palestine] and return to their homeland,” it said.

The statement added that Trump’s move and its support by some Arab rulers showed their complicity with the Israeli regime’s crimes over the past seven decades, noting they must be held accountable for their immoral acts.

The statement came as Israeli forces have been escalating acts of aggression against Palestinians amid a rising uproar over the annexation plans.

For Palestinians and much of the international community, the annexation plan amounts to a grave violation of international law and would dash hopes of a solution to the Israeli-Palestinian conflict.

The Wednesday statement was released on the upcoming occasion of the 72nd anniversary of Nakba Day (Day of Catastrophe), which falls on May 15.

Nakba Day refers to the forcible expulsion of some 700,000 Palestinians from their land in 1948 and their scattering across refugee camps in the West Bank, Gaza, and neighboring countries.