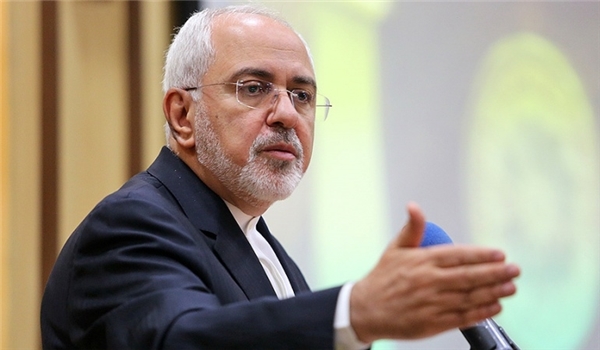 TEHRAN (FNA)- Iranian Foreign Minister Mohammad Javad Zarif said that exchange of prisoners between Tehran and Washington would not require any negotiations between the two sides as it could be done via the Swiss embassy which represents the US interests in Iran.

“There is no problem in exchange of prisoners and detainees between Iran and the US and we do not need negotiations and we will not hold any negotiations with the US at all,” Rapporteur of the Iranian parliament’s National Security and Foreign Policy Commission Seyed Hossein Naqavi Hosseini quoted Zarif as saying at a session at the legislature on Monday.

He said that the Iranian foreign minister had also underlined that the prisoner swap between Iran and the US can be carried out in coordination with the swiss embassy.

Government Spokesman Ali Rabiyee had also said last week that Iran was ready to exchange all prisoners with the United States without preconditions, reminding that Washington had not yet responded.

“We have declared our readiness to exchange all prisoners and discuss their release without any preconditions, but the US has refused to answer,” Rabiyee said.

Zarif had also said in December that Tehran was ready for a full prisoner exchange with the US, tweeting, “The ball is in the US' court”.

Rabiyee held Washington responsible for the safety and health of all Iranian citizens held in US prisoners amid the coronavirus outbreak.

“We hope that in the wake of the coronavirus outbreak, which threatens the Iranian citizens in US jails, the American government will finally prioritize human lives over politics,” he added.

Last Monday, the Iranian foreign ministry expressed concern about the conditions of the country’s nationals who are jailed by Washington while the coronavirus has vastly spread in the US.

“Unfortunately, a number of Iranian prisoners have been arrested and jailed in some European states and the US for unjustified reasons and imaginary and baseless allegations and their freedom has always been on our agenda,” Foreign Ministry Spokesman Seyed Abbas Mousavi told reporters in Tehran via a video conference.

He referred to the dire conditions of the US jails amid the coronavirus outbreak, saying, “We voice concern about the health of all Iranian nationals in the US jails and we hope that they will be freed as soon as possible unconditionally.”

Mousavi added that Iran has also earlier announced its preparedness to swap prisoners with the US in certain possible cases.