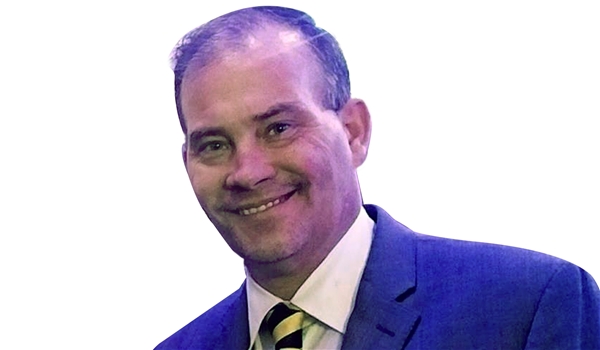 TEHRAN (FNA)- Rodney Martin, former US Congressional Staffer, says the US Administration practiced de-facto socialism by pumping trillions of dollars into the country’s economy to stop the free-fall, an evidence that it is far from having country’s economy “under control” amid coronavirus pandemic.

Speaking in an exclusive interview with FNA, the former American official said, “We are seeing the humbling of the arrogant […] who used to celebrate the hunger, shortages and rationing in Cuba, Venezuela, Iran, while boasting of American Exceptionalism… . Americans are experiencing a taste of what the people in the many countries the United States has victimized have experienced.”

Q: Images of empty shelves at US super markets are widespread on social media networks. Why do you think Americans in the “world’s number one economy” are stocking goods during the pandemic?

A: American grocery shelves are empty as a result of panic, speculation, and genuine fear. There have been attempts by some, motivated by greed, and engaged in hoarding of items such as toilet tissue, hand sanitizer, etc. in an effort to resell at a huge mark up, this is a prime example of the “ugly American”. Other people have purchased large amounts of goods out of panic and fear and an understanding that things could very well get worse as they have in Italy and Spain. This has shocked the supply system and has left people who are low income and do not have ability to “hoard” and purchase enemas without essential sanitary items. The result has been American titans of Capitalism, such as Walmart have seen not just empty shelves but empty store aisles, empty meat and dairy sections and a complete failure to maintain inventory. The shortages have now included milk, bread, potatoes and meat. American stores have reduced operating hours and have engaged in rationing. The United States which has long used economic terrorism in the form of sanctions against Countries such as Cuba, Venezuela, Iran and Russia then mocked them for “empty store shore shelves” as they have transitioned and adjusted. Now the United States and everyday Americans are experiencing a taste of what the people in the many Countries the United States has victimized have experienced. What we are seeing is the actual decline of the paper tiger that is the American Empire, for all its military might, it still has a largely artificial economy. We are seeing the humbling of the arrogant in terms of Conservatives, Neocons, Evangelicals, and Zionists who used to celebrate the hunger and shortages and rationing in Cuba, Venezuela, Iran, while boasting of “American Exceptionalism.

Q: How do you find the claims by Donald Trump, the US President, saying the US economy during the coronavirus outbreak is under control?

A: Donald Trump has no concept of the issues that face him; neither did he before coronavirus. The US economy is in a nosedive. One needs only take a drive around Los Angeles or Phoenix and observe the hundreds of millions of US dollars in shuttered economy which spread out over America translates into hundreds of billions. Claims for unemployment benefits are now the highest since 1983/4. Banks are having to suspend mortgage payments; Sheriffs are not enforcing rental evictions. The US Congress championed by the most conservative Republican members strongly urged the passage of a $2 Trillion Stimulus that provides for direct government payments to every American who earned under $75K and direct assistance to business and industry. Despite these Conservative Republicans rhetoric condemning “socialism”, they were quick to embrace what is de-facto socialism to pump trillions of dollars into the US economy to attempt to stop the free-fall. This alone is evidence the US economy is far from “under control”.