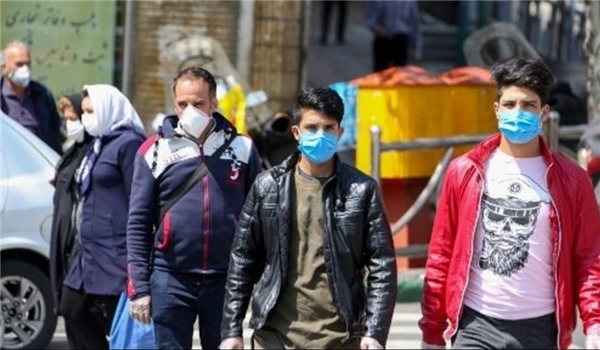 TEHRAN (FNA)- Iranian Deputy Health Minister Iraj Harirchi said on Saturday that the number of COVID-19-infected patients is decreasing in Tehran, but meantime reminded that the figures are still notable.

“In the last few weeks, there has been a decline in the number of hospitalized patients, clients, and ICU admissions, as well as deaths from the deadly virus, but the statistics in Tehran are still significant,” he added.

“According to the schedule, zones with white coronavirus spread are examined in five days. If they are announced white, they are valid for two weeks, and then it is evaluated,” he further noted.

The Iranian health ministry announced on Saturday that 1,529 new cases of coronavirus infection have been identified in the past 24 hours, adding that 48 patients have succumbed to the disease in the same period.

“1,529 more patients infected with COVID-19 virus have been identified in the country since yesterday based on confirmed diagnosis criteria,” Health Ministry Spokesman Kianoush Jahanpour said on Saturday.

He added that the number of coronavirus patients in the country has increased to 106,220 people.

Jahanpour said that 6,589 people have lost their lives due to infection to the virus, including 48 in the past 24 hours.

He, meantime, stated that 85,064 infected people have recovered and been discharged from hospital, expressing concern that 2,696 patients infected with COVID-19 virus are in critical conditions.

Jahanpour also noted that 573,220 coronavirus diagnosis tests have been carried out in the country so far.

The coronavirus COVID-19 is affecting approximately all countries and territories around the world. The virus was first reported in the central Chinese city of Wuhan late last year. It has so far killed more than 276,000 people and infected over 4 million others globally.