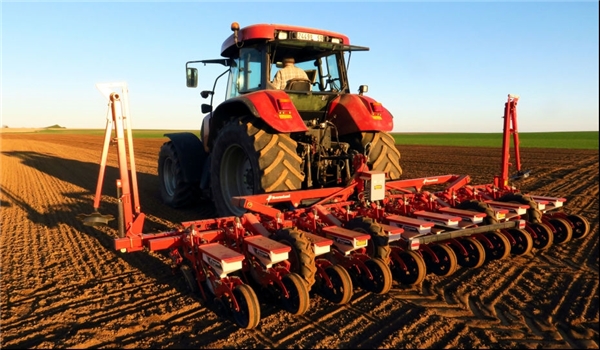 TEHRAN (FNA)- A knowledge-based company in Iran succeeded in the production of phosphate fertilizers and saved $80mln for the country by reduction of imports of the product.

“We have prevented exit of $80mln of foreign currency by indigenized production of phosphate fertilizers,” CEO of the knowledge-based company Homayoun Moradi said on Saturday.

He added that Iran had in the past imported 400,000 tons of phosphate fertilizers, but manufacturing of the home-made product decreased the volume of imports.

Moradi said that his company has also succeeded in the production of 46 other products in biotechnological, agricultural, livestock and human probiotics fields.

Iran ranks first in the region in production of science.

“Fortunately, we have always pioneered in production of science and we still rank first in Southwest Asia region in this sphere,” Director of the Center for the Development of Strategic Technologies in Iran’s Presidential Department for Science and Technology Esmayeel Qaderifar told FNA in April.

He also said that Iran stands 17th in the area of knowledge-based economy (KEL) in the world.

Qaderifar added that Iran ranked 64th in the world in the Global Innovation Index (GII) in 2019, and foresaw a much better standing for the country by the end of this year.

In relevant remarks in 2019, Iranian Vice-President for Science and Technology Sorena Sattari announced that Iran was the most developed country in the region in production of science.

"Iran ranks first in science in the region by having nearly 4,000 knowledge-based companies," Sattari told reporters in the Southern city of Bushehr.

He added that the knowledge-based companies in Iran have sold nearly 600,000bln rials (about $6bln) worth of their products last year, expressing the hope that the figure will increase by the end of the Iranian year (March 20).

Sattari had announced in December that Iran stood atop the nations of the region in the production of science and technology.

"Now, Iran ranks first in the region in science and technology," Sattari said, addressing a forum on stem cells in Tehran.

He also referred to Iran's huge progress in the field of stem cells, and said that the country had been able to take over Turkey and Israel in this field.

Sattari underscored that Iran's progress in the field of stem cells and regenerative medicine had opened a door to the development of knowledge-based economy.