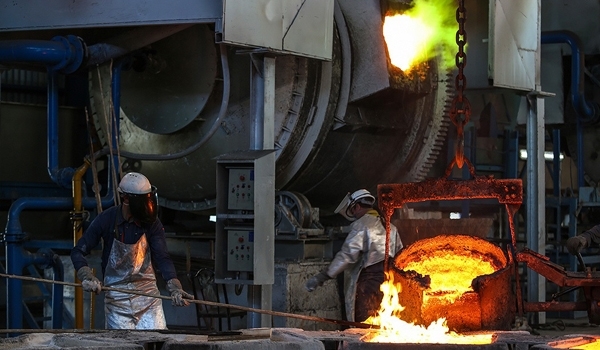 TEHRAN (FNA)- A senior Iranian industrial official announced that his country is eying production of 400,000 tons of copper annually after inauguration of new projects by Iranian President Hassan Rouhani on Thursday.

He also expressed the hope that the national capacity to produce copper would reach 550,000 tons a year within next four years.

NICICO has planned to move in line with global economy in order to have a share in world market as the Iranian copper has fine quality and is well known worldwide, Sa’ad Mohammadi said.

Some 252 million euros investments have been made on the project of Khatoon Abad copper smelting complex and three other projects in the province.

Addressing the inauguration ceremony, President Rouhani stated that the landmark national projects in the country are a strong response to the global arrogance by Iranian workers, entrepreneurs and officials.