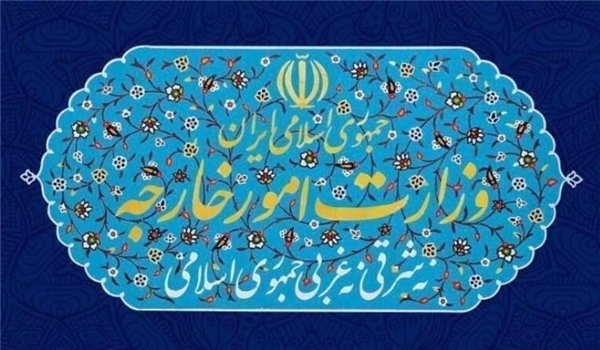 TEHRAN (FNA)- The Iranian foreign ministry blasted Washington for its heightened anti-Iran attempts in recent weeks, saying that the US which has withdrawn from the nuclear deal is not in a position to talk about it.

“The US hates the nuclear deal, has withdrawn from it and violates it and punishes all those committed to the nuclear deal,” the foreign ministry wrote on its official Persian-language twitter page on Thursday.

“The US is not in a position at all to speak about issues related to the nuclear deal,” it added.

Last week, Iranian Permanent Envoy to the UN Majid Takht-e Ravanchi described the US attempts to extend the arms sanctions against Iran as running against the UN resolution 2231.

He also reacted to reports that the US could still invoke a sanctions snapback because it is named as a deal participant in the 2015 UN resolution, calling it a “jest.”
He said the comments were stunning and unacceptable to the international community, citing the May 8, 2019 statement by the White House that explicitly said it had terminated US participation in the JCPOA.

Elsewhere in his remarks, the senior diplomat also reacted to Trump’s threats to hit Iranian vessels in the Persian Gulf.

“We are patrolling within the framework of international regulations in the Persian Gulf, which is close to our land and our waters, and we have maintained the security of this waterway for many years and will continue to do so,” he stressed.