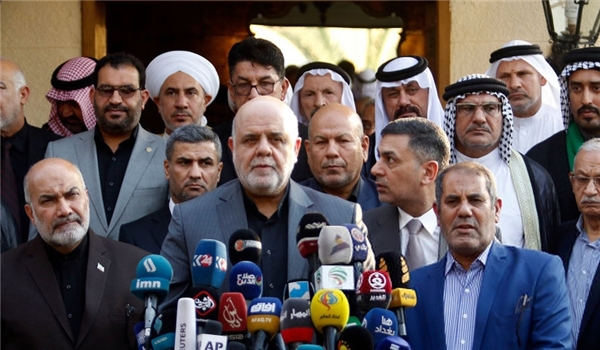 In a post on his twitter page on Thursday, Masjedi extended his felicitation to al-Kazemi, wishing success and prosperity for the new Iraqi government.

The Iraqi Parliament on Wednesday gave the vote of confidence to al-Kazemi and 15 members of his cabinet ministers from 19 proposed personalities for the ministerial posts.

Some 233 out of 329 lawmakers were present in the meeting of the Iraqi parliament. Four candidates for the ministerial post failed to get vote of confidence.

After the vote of confidence, al-Kazemi officially became prime minister of Iraq.