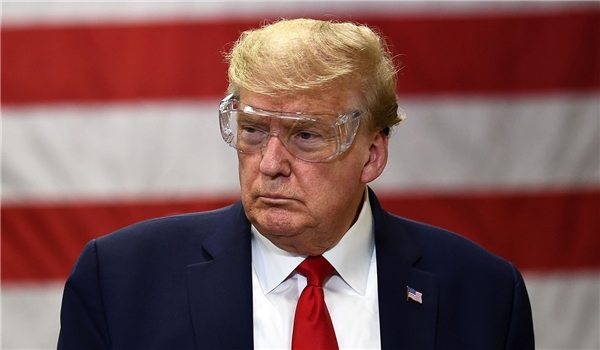 TEHRAN (FNA)- More than 71,000 people succumbed to the fatal virus in the US, as nearly half of the 50 states have called for partial re-openings from COVID-19-related lockdowns, despite fears of coronavirus rebound.

As the United States tops the list of the coronavirus affected nations worldwide, the number of virus cases across the country exceeded 1,204,500 on Wednesday. At least 71,080 people succumbed to the fatal virus, according to data collected by Johns Hopkins University.

President Donald Trump stated on Tuesday “there’ll be more death” related to the coronavirus pandemic as a growing number of states move to slowly relax their stay-at-home mandates in the coming months.

Trump, who has come under consistent scrutiny for his own slow response to the virus domestically, has repeatedly accused China of covering up the coronavirus outbreak and claimed there is significant evidence that the virus emanated from a Wuhan lab — though has not actually provided any evidence.

The new forecast from the University of Washington's Institute for Health Metrics and Evaluation (IHME) on Monday reflect "rising mobility in most US states" with an easing of business closures and stay-at-home orders expected in 31 states by mid-May, according to the institute.

The IHME projections are presented as a statistical range of outcomes. The latest forecast predicts the cumulative number of US deaths from the coronavirus will run from as few as 95,092 to as many as 242,890 by August - with 134,475 lives lost representing the most likely, middle ground.

In the previous late April revision, the middle-case figure was 72,400 deaths, within a range between 59,300 and 114,200 fatalities, suggested that the US is expected to suffer the most COVID-19 deaths.

The New York Times has also reported that the Trump administration is projecting that the rate of US deaths from the novel coronavirus will rise by almost one third to 3,000 per day by the beginning of June with 200,000 new cases per day occurring.

The Centers for Disease Control and Prevention (CDC) and the Federal Emergency Management Agency (FEMA) are forecasting 200,000 new cases each day by the end of May, the report added and noted that the first figure is eight times the current level of 25,000 new cases per day.

The figures were listed on a chart drawn up by FEMA and based on data supplied by the CDC, the report announced, while the current number of deaths per day from the pandemic is 1,750.

The more alarming projections are based on the now rapid and increasing spread of the COVID-19 pandemic across areas of the US heartland that had previously escaped the heaviest impact of it, the report said.

The rural heartland counties such as Logansport in Indiana, South Sioux City in Nebraska and Marion in Ohio a now have more cases per capita than New York City, the report added, as the NY State that accounts for about a third of all US infections.

As the country tops the list of the coronavirus affected nations worldwide, the number of virus cases across the United States exceeded 1,180,600 on Tuesday. At least 69,000 people succumbed to the fatal virus, according to data collected by Johns Hopkins University.

The United States is currently the nation hardest hit by the coronavirus, with the number of cases and deaths exceeding other nations by a very wide margin. The virus pandemic has had a profound impact on the US economy, which experienced its sharpest decline in over a decade in the first three months of 2020. The total number of first-time filings for unemployment insurance has climbed to 30.3 million over the past six weeks of the forced lockdown due to the COVID-19 outbreak.

Globally, the death toll from the coronavirus has topped 257,300, on Wednesday, with more than 3,666,000 people infected worldwide, according to a tally maintained by Johns Hopkins University.