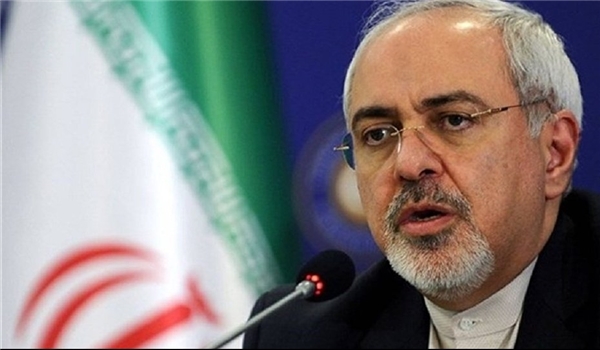 TEHRAN (FNA)- Iranian Foreign Minister Mohammad Javad Zarif blasted US Secretary of State Mike Pompeo for his recent statements against Iran, and said that Washington as top military spender and arms seller in the world need not be worried about Iran.

"The US has long been the world's top military spender - arms seller - war initiator and instigator, as well as conflict profiteer," Zarif wrote on his Twitter account on Saturday.

"Yet @SecPompeo is apparently so worried about Iran—a huge US arms customer till 1979—that he's pouring weapons all over the globe," he added.

In relevant remarks earlier, Zarif had advised US President Donald Trump that it is people who rule the world not the beautiful arms.

Also, Iran's Ambassador and Permanent Representative to the UN Majid Takht Ravanchi said that any act by the US to extend Iran’s arms embargo runs counter to UN Security Council Resolution 2231.

With its unilateral exit from Iran nuclear deal two years ago, the United States violated its commitments under the 2015 multilateral accord and a subsequent UNSC Resolution 2231 as well, the ambassador said.

He said that the US plans to extend arms embargo which was unfairly imposed on Iran and is due to be lifted in October under the terms of UNSC Resolution 2231.

Takht Ravanchi added that the US is reportedly seeking to do so by passing another resolution which he said will be a violation of UNSCR 2231.

After signing the Iran nuclear deal known as the Joint Comprehensive Plan of Action (JCPOA), these sanctions were supposed to be lifted on October 18, 2020, after the International Atomic Energy Agency (IAEA) verified the peaceful nature of Iran nuclear program.

Resolution 2231 retains the arms embargo on Iran for five years after the implementation and the sanctions on Iran's ballistic missile program for eight years.