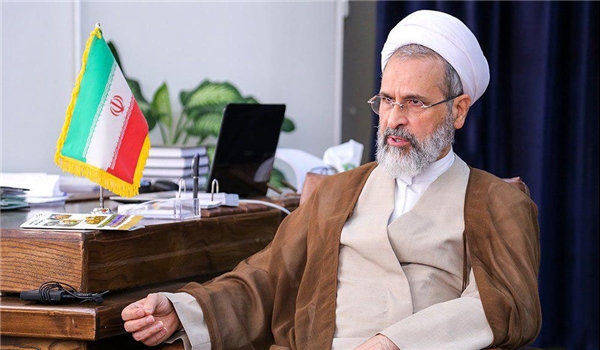 TEHRAN (FNA)- Director of Iranian Seminaries Ayatollah Alireza Arafi expressed readiness for a new phase of cooperation and consultation with the scientific and religious centers and leaders of various religions across the world, especially in India, in a bid to solve current problems facing mankind.

Ayatollah Ali Reza Arafi made the remarks in a letter to India's religious leaders on Saturday.

“The religious leaders and clerics are responsible for advising people on how to tackle the situation to avoid any rift between science and religion,” he said in reference to the coronavirus outbreak in the world.

“Clerics, elites, and students at Islamic seminaries are ready to exchange cultural, research, and scientific experiences with religious and scientific centers all over the world to take common measures to found a new religious and divine civilization that will serve humanity,” he added.

Back on April 20, Ayatollah Arafi in a letter to the general secretary of the World Council of Churches announced seminaries’ readiness to collaborate and consult with the Orthodox Church.

“The tragic incident of the coronavirus outbreak has caused suffering to countries and nations and has caused grief to the leaders of religions and scholars,” Ayatollah Arafi said in the letter.

“Seminaries in Iran express sympathy with those who have been affected and wish immediate recovery for the patients,” he added.

Arafi made it clear that seminaries and senior scholars are prepared to exchange scientific, research, cultural and relief experiences and to open a new chapter with respect to cooperation and consultations with scientific, international, academic, and religious centers.

He added that WCC together with National Council of Churches of Christ has recently sent a request to US president to lift anti-Iran sanctions.

Furthermore, on April 4, Ayatollah Arafi wrote a letter to Pope Francis whereby he voiced readiness of Iran's seminaries for cooperation and sharing experiences with religious and scientific centers as well as leaders of divine religions.