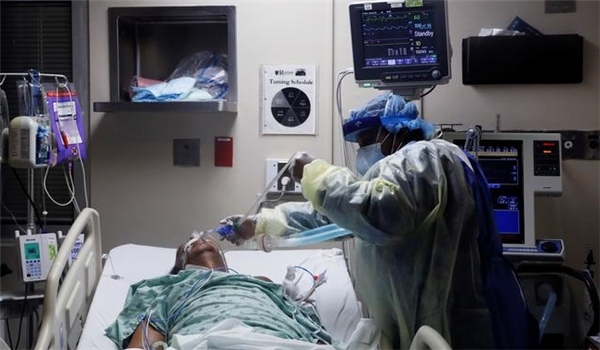 TEHRAN (FNA)- The coronavirus death toll in the United States officially exceeds the number of fatalities during the 1954-1975 Vietnam War, as the true number of infections is believed to be "much higher".

Johns Hopkins University’s death toll in the US reached 58,355 as of Wednesday, surpassing the 58,220 who died during the Vietnam War that lasted almost 20 years, according to the National Archives.

Cases of the deadly disease in the US continued to grow on Tuesday with daily tallies bringing the overall figures to more than one million patients, as the country tops the list of the COVID-19 affected nations worldwide.

About 30 percent of the deaths in the US have occurred in New York, which has been badly struck by the fatal virus, according to data from The New York Times.

"The 1 million figure does not include untold thousands of Americans who contracted the coronavirus but were not tested, either because they did not show symptoms or because of a persistent national testing shortage," according to a report by The New York Times on Tuesday.

"Some disease researchers have estimated that the true number of infections may be somewhere around 10 times the known number, and preliminary testing of how many people have antibodies to the virus seems to support that view," the report added.

On Tuesday, President Donald Trump suggested "the worst days" of the coronavirus pandemic are over as he welcomed a group of small-business owners to the White House who have benefited from an emergency loan program he signed into law last month.

“Now that our experts believe that the worst days of the pandemic are behind us, Americans are looking forward to the safe and rapid reopening of our country,” the American president stated.

Claims for jobless benefits have shattered historic highs in the five weeks since the United States began to feel the economic devastation from social distancing measures adopted to slow the spread of the fatal virus.

More than 26 million Americans have applied for their first round of unemployment insurance since March as shuttered businesses began laying off workers. Millions more are believed to have lost their jobs but have been unable to apply for or are disqualified from receiving jobless benefits.

Trump was repeatedly warned about the dangers of the novel coronavirus in intelligence briefings in January and February, The Washington Post reported. The warnings --- more than a dozen included in classified briefings known as the American president's Daily Brief --- came during a time Trump was mostly downplaying the threat of a COVID-19 pandemic.

A study shows the US is expected to suffer the most COVID-19 deaths. The new projection by the Institute for Health Metrics and Evaluation (IHME) at the University of Washington's School of Medicine suggested that the US is unsurprisingly in first place. According to the IHME study, the country is poised to sustain some 81,000 coronavirus deaths by August. In the worst case scenario, the death toll might even surpass the 136,000 mark.

Globally, the death toll from the coronavirus has topped 217,100, on Wednesday, with more than 3,117,000 people infected worldwide, according to a tally maintained by Johns Hopkins University.