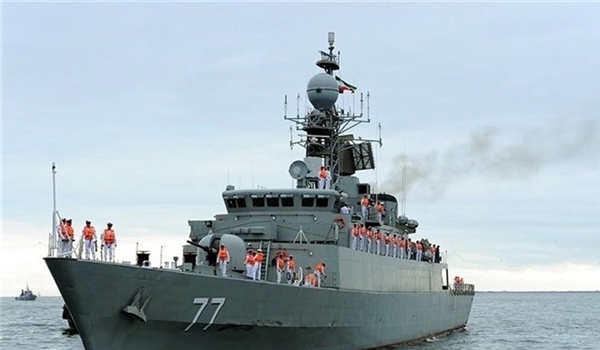 TEHRAN (FNA)- Deputy Coordinator of the Iranian Army Rear Admiral Habibollah Sayyari said that the country is now designing and making all its needs, thanks to the youth’s self-confidence.

“Thanks to the Islamic Revolution, the self-confidence of the youth, and round-the-clock efforts of experts of the Iran Maritime Industries Organization, we are in such a status that we design and produce all the equipment needed by our armed forces,” Habibollah Sayyari said on Sunday.

He made the remarks during a visit to the project of rebuilding and equipping Damavand destroyer in Bandar Anzali, Northern Iran.

“As long as we believe in our capabilities we can make progress, but losing this belief will result in the enemies’ dominance over us,” he said, adding, “The country’s defense achievements have been made under harshest sanctions so we believe that we can achieve whatever we intend.”

On November 27, 2019, Rear Admiral Hossein Khanzadi announced that his forces would be equipped with a new home-made destroyer, named 'Dena', within the following two months.

"God willing, we will witness addition of the destroyer, Dena, to the Navy in (the Iranian month of) Bahman (January 21 to 19 February)," Khanzadi told reporters in a press conference held in Tehran on November 27 to mark the national Navy Day (November 28).