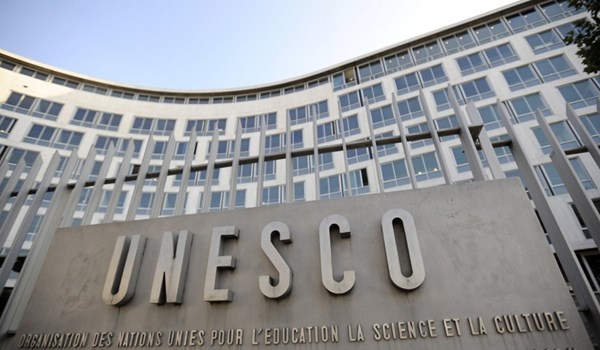 The letter which was addressed to the Director General of the United Nations Scientific and Cultural Organization (UNESCO) reads as "these days we are witnessing the spread of a dangerous virus called "COVID-19", and Cholera and tuberculosis have resurfaced in the minds of the virus-stricken nations".

The mysterious virus has disrupted the perceptual and inferiority of societies and governments, and is witnessing massive human casualties around the world, including Asia, Europe and even the United States. Although the countries have mobilized their full potential, the virus has caused widespread desperation, loss of life, financial, educational, cultural, social, economic and psychological damages, part of the Iranian university students' letter reads.

It said that like other countries, Iran has been involved in this tragic incident, adding that however, because of the unilateral withdrawal of the US from the international treaty, the cruel and medieval sanctions target the country's health system and economy while based on an inhuman and colonial policy, provide access for the coronary patients in need of medicines and relative products is so hard.

The letter also said that it is humanly necessary to lift sanctions beyond political competition.

"The cruel US sanctions against Iran should not trigger the humanitarian catastrophe of the coronavirus, which will continue to shut down educational and cultural centers, and its damage and costs are no less than economic and political costs because it is not the time for political revenge," it further added.

In relevant remarks last week, Iranian Ambassador to France Bahram Qassemi in a message said that those who call for boosting sanctions and maximum pressure in the crisis-stricken world should be responsible for the death of thousands of innocent people.

Meanwhile, a diverse group of the US academics, researchers and NGO leaders have signed an open letter addressed to the leaders of the P4+1 countries (United Kingdom, France, Germany, China, and Russia) and the US lawmakers, calling on them to lift sanctions on Iran impeding Iranian campaign against coronavirus.

Iranian Ministry's Spokesman Kianoush Jahanpour announced on Monday that 3,186 new coronavirus cases have been identified during the past 24 hours totaling the number of the infected to 41,495.

"Since yesterday, according to definite diagnostic standards, 3,186 new cases infected with COVID-19 have been identified in the country which means the total number of the patients has reached 41,495," he said, expressing happiness that so far 13,911 patients have recovered and been discharged from hospitals and the trend continues.

Jahanpour added that unfortunately 117 coronavirus patients have succumbed to the disease during the past 24 hours, bringing the death toll to 2,757.

Jahanpour also pointed out that 3,511 coronavirus patients are in acute conditions.

He stressed that over 63 million people have so far participated in the screening plan.