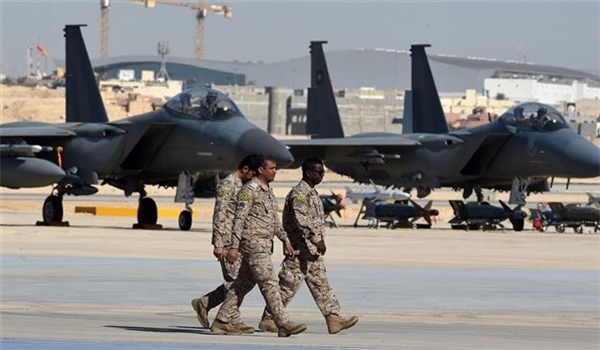 TEHRAN (FNA)- Saudi whistle-blower Mujtahid, who is believed to be a member of or have a well-connected source in the royal family, revealed that several soldiers fighting under Riyadh’s command against Yemen have been infected with coronavirus.

“Coronavirus has reached Jizzan and Najran too and a large number of Yemeni military men who are fighting under the Saudi-led coalition’s flag have been infected with coronavirus,” Mujtahid wrote on his twitter page on Wednesday.

“There is no investigation and no data on the number of the Yemeni and coalition forces who have been in contact with these infected people,” he added.

Mujtahid had also last week disclosed that Riyadh was hiding the data related to the coronavirus cases in the country, saying that thousands were infected with the virus in Saudi Arabia.

“The Saudi officials conceal the real number of people infected with coronavirus and the number now stands at thousands and even tens of thousands,” Mujtahid wrote on his twitter page on Sunday.

He added that over 5,000 people in Qatif and over 900 others in Mecca had been infected with the COVID-19 virus, saying that the number was higher in Riyadh but the data were concealed.

Mujtahid said that al-Riyadh specialized hospital had been evacuated to run as a coronavirus patient center, but in essence it has been equipped to receive the royal family and officials in case of infection to the lethal virus.

Saudi Arabia confirmed its first coronavirus-related death on Tuesday, a 51-year-old Afghan resident who succumbed to COVID-19 in Medina. The Persian Gulf country has so far reported 767 cases of the virus.

The country had already imposed measures to combat the pandemic, including suspension of international flights, closing schools and universities and temporarily closing off the Eastern province of Qatif, which has most of the country’s cases.