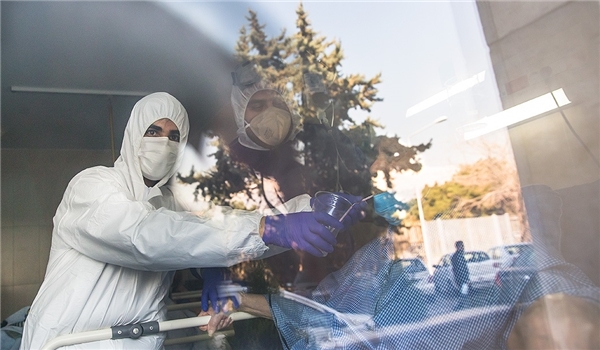 TEHRAN (FNA)- The Iranian health ministry announced on Sunday that the number of coronavirus patients in the country has increased to 21,638 after diagnosis of 1,028 new cases, adding that the death toll has increased to 1,685 after 129 more patients lost their lives in the last 24 hours.

“According to laboratorial findings, 1,028 new cases of infection to COVID-19 virus have been identified in the country since Saturday noon,” Health Ministry Spokesman Kianoush Jahanpour said.

He added that the number of coronavirus patients in the country now stands at 21,638, voicing regret that 129 people infected with the virus have passed away since Saturday, raising the toll to 1,685.

“Fortunately, 7,913 coronavirus patients have recovered and discharged from hospitals so far,” Jahanpour said.

The coronavirus COVID-19 is affecting over 170 countries and territories around the world. The virus was first reported in the central Chinese city of Wuhan late last year. It has so far killed more than 13,000 people and infected over 308,000 others globally.