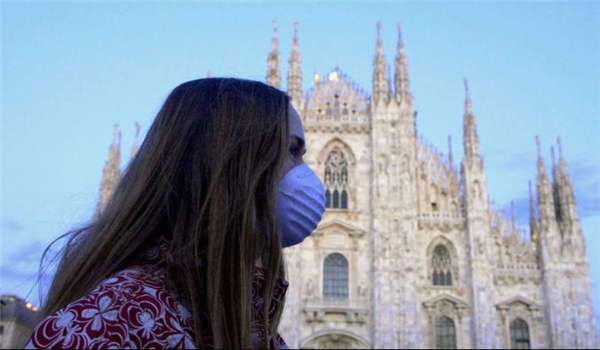 TEHRAN (FNA)- A new report from the Centers for Disease Control and Prevention (CDC) offers the first analysis of COVID-19 cases in the United States. While patient ages and fatalities so far seen in the US do resemble data from other countries, the numbers are a reminder the disease can be dangerous to younger people, with 20 percent of all hospitalized patients aged between 20 and 44 years.

The new CDC report is classed as preliminary, with a large number of gaps in the data. In total it reports on 4,226 COVID-19 cases in the United States as of March 16, however, age data is only known for 2,449 of those patients.

The report is not intended as a current indication of all confirmed COVID-19 cases in the US, but instead it's a study of cases in relation to age and outcome. As of March 19 there are now over 10,000 confirmed cases in the US, although there is modeling to suggest the real number may be significantly higher.

The US data in the CDC report so far mirrors what was seen in other countries such as China, with the highest level of hospitalizations and death seen among over 65s.

Despite the consistent messaging warning elderly citizens are the group most at risk of developing severe life-threatening disease from the virus, the data does serve as a reminder the illness can be dangerous in younger demographics as well. Nearly 50 percent of all confirmed cases were in people aged under 54, and almost 40 percent of all hospitalizations occurred in that age bracket.

This message, that the virus does not just target the elderly, is one many global health bodies are stridently trying to convey. Although younger people are statistically less likely to die from COVID-19, that certainly does not mean they are immune to unpleasant and severe cases of the disease. In a recent briefing the head of the WHO emergency program, Mike Ryan, pointed out the disease can be severe in healthy young adults.

“Physicians again in Italy will attest to this, and in Korea,” said Ryan. “This isn’t just a disease of the elderly. There is no question that younger, healthier people experience an overall less serious disease. But a significant number of otherwise healthy adults can develop a more severe form of the disease.”

The CDC’s concluding recommendation in the report is that every citizen should practice social distancing regardless of age. Younger people may be more likely to experience a milder form of the disease but that does not mean they cannot end up with severe COVID-19–associated illness requiring hospitalization.

“Social distancing is recommended for all ages to slow the spread of the virus, protect the health care system, and help protect vulnerable older adults,” the CDC report concludes. “Further, older adults should maintain adequate supplies of nonperishable foods and at least a 30-day supply of necessary medications, take precautions to keep space between themselves and others, stay away from those who are sick, avoid crowds as much as possible, avoid cruise travel and nonessential air travel, and stay home as much as possible to further reduce the risk of being exposed.”