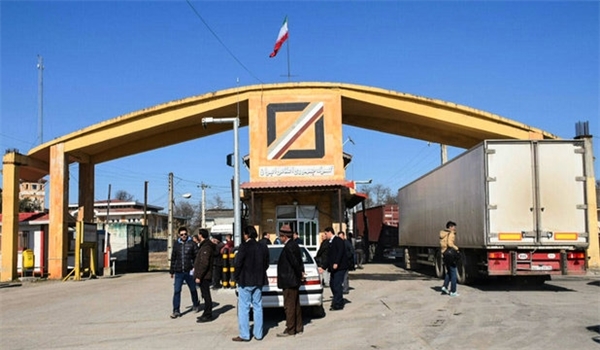 TEHRAN (FNA)- The transit of goods between Iran and Azerbaijan via Astara land border witnessed a 22.7 percent growth during February in comparison to the previous month.

Deputy Director of Gilan province Road Maintenance and Transportation Organization Fariborz Moradi said that 4,654 trucks have exited and 4,282 trucks have entered Iran through the Northwestern Astara border over past month.

The figures, he said, show a growth of 20 percent and 26 percent, respectively, indicating an average increase of 22.7 percent in the total transit of goods through the border gate month by month.

The official noted that Astara land border has been closed to the passengers due to the preventive measures against the new coronavirus spread, which has claimed thousands of lives in the world over past two months.

Currently, only the Iranian and Azerbaijani citizens returning to their respective countries are allowed to pass through Astara border crossing.