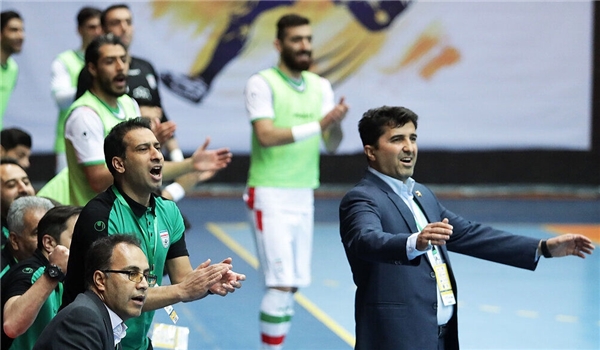 TEHRAN (FNA)- The coach of Iran’s Futsal National Team was chosen as the sixth best in the world in 2019 by Futsal Planet.

Nazemosharia was selected as the sixth best coach of Futsal in the world.

The six coaches are nominnees of the Dimitri Nicoloau Award in 2019.

The other nominees are from Spain, Portugal, Brazil, Russia, and Japan.

Earlier, Iran’s National Team, Gelareh Nazemi, and Farzaneh Tavassoli were chosen in the best 10 respectively in teams, referees, and goalkeepers.