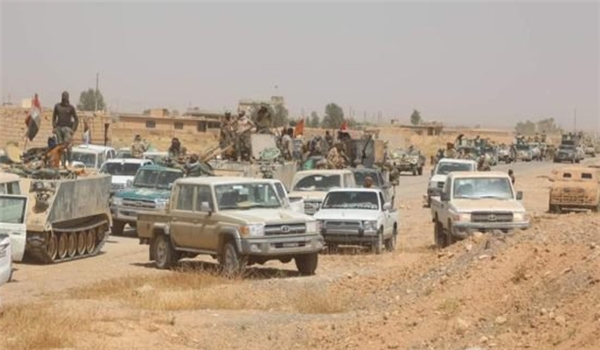 TERHAN (FNA)- Different Iraqi groups and figures deplored the recent US attacks against the security forces in Babel and Karbala provinces, warning that they will expel the American soldiers by force if faced by the government’s procrastination.

Al-Nahj al-Watani fraction in the parliament condemned violation of Iraq’s sovereignty and attacks against the security forces by Washington, warning of extensive consequences of the aggression for security of Iraq and the region.

Also, Na’eim al-Aboudi, a representative of As’aib Ahl al-Haq in the Iraqi parliament called on the government to accelerate measures for the withdrawal of foreign forces from the country.

Meantime, Seyed al-Shohada Brigades, affiliated to Hashd al-Shaabi (Iraqi popular forces), reminded the American army of its retaliatory acts in the past, warning of the group’s outrage and wrath.

Also, Hassan al-Ka’abi, the Iraqi parliament’s Vice-Speaker, described deployment of foreign forces in the country as illegal after the recent approval of the legislature, stressing the need for the government to end the presence of “occupiers”.

The Iraqi military and the presidency condemned the US recent airstrikes against the security forces, and summoned both the American and UK envoys to the country.

“The Iraqi Presidency condemns airstrikes on several bases in Iraq, including a recently opened airport in the Holy City of Karbala which led to the death of security forces and civilians,” the presidency said in a statement on Friday.

The Iraqi military also denounced the US raids as a targeted aggression against the nation's official armed forces and a violation of its sovereignty.

According to the Iraqi military statement, three soldiers, two police officers and one civilian were killed in the attacks.

The Pentagon had claimed earlier on Friday that the strikes targeted five weapons stores used by Iraqi groups that “targeted US forces”.

The attack came only a day after more than a dozen Iraqi fighters were killed in airstrikes targeting an area in Syria's Eastern province of Deir Ezzur.

The Iraqi parliament has voted to expel American troops, prompting President Donald Trump to threaten that the US would seize Iraq's oil money held in a bank account in New York if it was forced to withdraw.