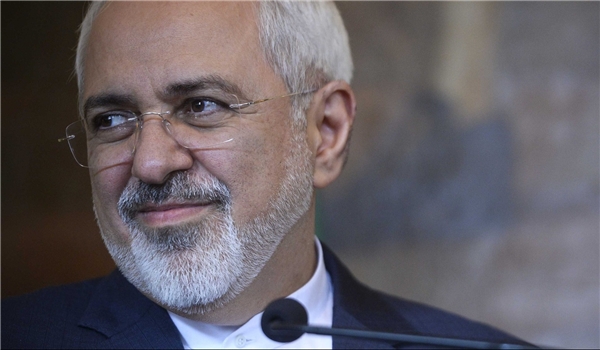 TEHRAN (FNA)- Iranian Foreign Minister Mohammad Javad Zarif in a letter to UN Secretary-General Antonio Guterres called for the urgent removal of all US sanctions against Tehran which prevent the country’s battle against coronavirus.

Zarif in his letter, copies of which were sent to the heads of international organizations and his counterparts in different countries, underlined the need for the removal of all unilateral and illegal US sanctions on Iran.

He said that the US sanctions on legal trade and recent preconditions set by US officials on prohibition of selling medicine, medical equipment and humanitarian goods to Iran, have negatively impacted Iran's fight against coronavirus.

Zarif also explained that secondary sanctions on Iran's oil sales and exports of its other products have reduced the Iranian government's capability to meet the demands of the Iranian nation for basic goods.

He named the imposed financial sanctions and the US embargo on Iran's transportation, insurance and banking sectors as other anti-Iranian measures, which are rooted in the indifference of the international society about the Americans' measures towards Iran.

Zarif had earlier on Thursday announced that his country had asked the International Monetary Fund (IMF) for emergency funding to help it in battle against the coronavirus outbreak.

Zarif wrote on his twitter page that IMF Managing Director Kristalina Georgieva "has stated that countries affected by #COVID19 will be supported via Rapid Financial Instrument. Our Central Bank requested access to this facility immediately”.

He called on the IMF/IMF Board to adhere to Fund's mandate, stand on right side of history and act responsibly.

Earlier on Thursday, Governor of the Central Bank of Iran (CBI) Abdolnaser Hemmati had announced that in a letter to the IMF he has required permission for access to the fund's available $5bln emergency financing facilities, aimed at addressing COVID-19.

In his letter, he underlined that no human body must be deprived of medicine or medical facilities due to the dearth of financial resources.

The Iranian health ministry announced on Thursday that the number of coronavirus infection cases in the country has increased to 10,075, adding that 1,075 new cases have been diagnosed in the past 24 hours.

“1,075 new cases have been added to the people infected with coronavirus in the country,” Health Ministry Spokesman Kianoush Jahanpour said in his daily report.

He added that 75 people passed away due to the new disease in the past 24 hours, noting that the death toll has increased to 429 so far.

The number of infected patients has reached 10,075, while recoveries have increased to 3,276 people, Jahanpour said.