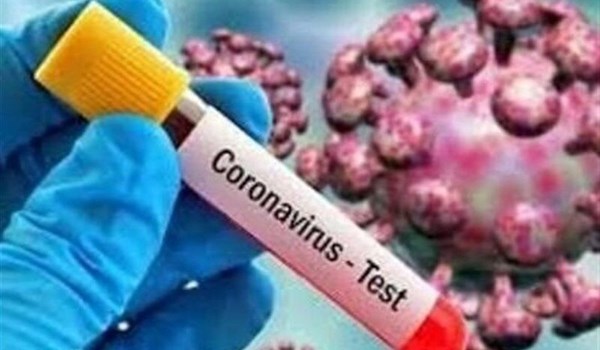 TEHRAN (FNA)- On Friday, US President Donald Trump lashed out at Democrats who have questioned his handling of the coronavirus threat, calling it their new "hoax". Trump accused rivals of "politicizing" the virus and boasted about preventive steps he has taken to keep it from spreading.

This is while the White House is trying to project confidence about America’s ability to contain the coronavirus — now present in more than 80 countries, but about which much remains unknown — while appearing prepared for an outbreak in the US. It’s a tricky moment for any president to balance an image of both strength and caution, coming in a week when the administration’s political messaging has seemed disorganized and often in conflict.

As always, Trump has appeared to have done the same thing again. He took the lead role in the outbreak away from Secretary of Health and Human Services Alex Azar and gave it to VP Mike Pence after alarming statements about the risk of the coronavirus to Americans by staffers under Azar's purview at the Centers for Disease Control and Prevention that helped rattle global stock markets.

Trump tried to walk back the urgency of the issue at his media conference days earlier too, saying the coronavirus disease is "like the flu" but with far fewer deaths. He repeated many times that the risk to Americans remained low, pointing out that there were very few infected cases in the country, and their health was improving.

Trump asked several public health officials to speak at the media conference, who all praised his response to the crisis, and repeated his assessment of the risk — with caveats. Azar has agreed that the risk was currently low, but said, "At the same time, what every one of our leaders and experts have been saying for a month remains true, the degree of risk has the potential to change quickly. We can expect to see more cases in the United States." He said people need to "prepare for the possibility that we will need to mitigate broader spread of infection within the United States."

But leaked documents show US hospitals are preparing for the worst as officials project a scenario involving approximately 100 million Americans infected with the disease.

The document published in media revealed that US hospitals are preparing for a major coronavirus outbreak with unprecedented scale. The document estimates a death toll of 480,000 from 96 million coronavirus infections in the US.

Top hospitals across the US are preparing for the coronavirus outbreak, a US healthcare executive said, while the present events show that the US is not even prepared to treat the low number of the infection cases at present.

US media accused the administration and the CDC of hiding the truth, disclosing that the kits may have contaminated many people. A top federal scientist sounded the alarm about what he feared was contamination in an Atlanta lab where the government made test kits for the coronavirus, sources familiar with the situation in Atlanta disclosed last Sunday, Axios reported. The coronavirus may have spread undetected in the US for weeks, according to a gene sequencing analysis. Researchers who studied cases in the US say that the virus may have been spreading there for weeks, suggesting the possibility that thousands of people may have been infected.

Yet, Trump who has long complained that his administration officials have been undermining his policies and public statements says coronavirus is a flu and not a big deal. This is undoubtedly true. A New York Times editorial by a "senior administration official" said, "Many Trump appointees have vowed to do what we can to preserve our democratic institutions while thwarting Mr. Trump's more misguided impulses until he is out of office."

White House aides have long wanted the public message on the coronavirus to delve into the public health concerns rather than the potential economic damage. But behind the scenes, aides have been running models of the possible impact on both the US and global economies. The US stock market has taken major tumbles since February after the coronavirus spread to both Italy and Iran.

New analysis released by Moody’s Analytics chief economist Mark Zandi estimated the odds of the coronavirus turning into a pandemic were now at 40 percent - a development that Zandi said would result in a recession in the US for the first half of 2020. Tell that to Trump who refuses to see the elephant in the room.

The coronavirus has been a body blow to the Chinese economy, which now threatens to take out the entire global economy. A global recession is likely if COVID-19 becomes a pandemic, and the odds of that are uncomfortably high for the US first and foremost.