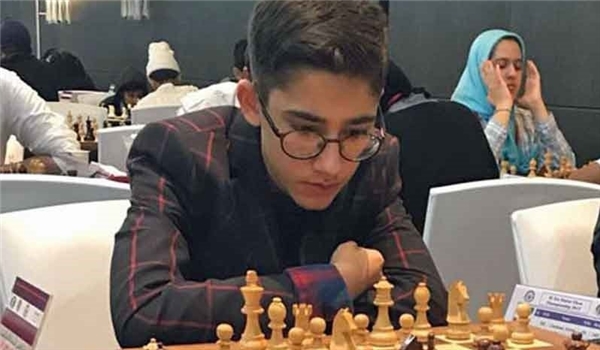 TEHRAN (FNA)- The FIDE (The Fédération Internationale des Échecs) awarded Arian Qolami of Iran the title of Grandmaster of U-18 category after getting 3 GM norms and passing chess rate 2500.

In late September 2019, Qolami claimed the Open title of Round 9 of 2019 Shanghai Cooperation Organization Chess International.

In October, in India’s Mumbai where the World Youth Chess Championship was held, Qolami emerged as a sole leader scoring a comprehensive win in the seventh round of the under-17 contest.

The 18-year-old chess player, was born in Qaemshahr county, Mazandaran province and became Iran's youngest FIDE-ranked chess Grandmaster at the age of eight.