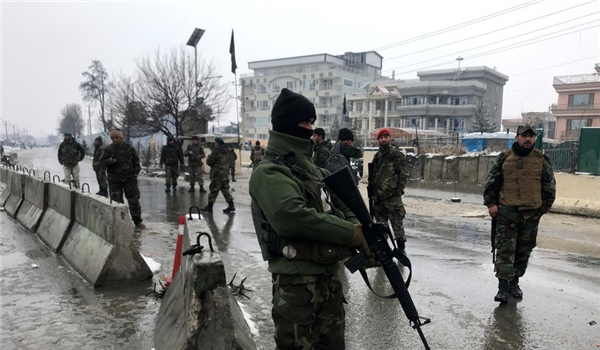 The High Peace Council Chairman Mohammad Karim Khalili was also forced to flee as the incident erupted while he made a speech, World News reported.

"The attack started with a boom, apparently a rocket landed in the area, Abdullah and some other politicians ... escaped the attack unhurt," Fraidoon Kwazoon stated.

Interior Ministry Spokesman Nasrat Rahimi announced that women and children were among the dead with an additional 29 injured.

Tensions have risen in the country in recent weeks, as Abdullah has challenged the results of the September 2019 presidential election which elected the incumbent Ashraf Ghani. Abdullah also declared victory.

Ghani condemned the attack, calling it "a crime against humanity”.

No group has claimed responsibility for the assault yet. The Taliban recently resumed attacks against government forces despite signing a peace agreement with Washington, but the group has denied involvement in the incident.

The Friday attack came less than a week after the Taliban and the US signed a deal to end the two-decade war in Afghanistan. The agreement, signed on Saturday in Qatar, sets out a timetable for the foreign forces to quit Afghanistan within 14 months.

On Wednesday, however, the United States carried out its first airstrike on Taliban fighters since the two sides signed the troop withdrawal agreement.

The incident in Southern Helmand province came hours after President Donald Trump spoke by phone with chief Taliban negotiator Mullah Baradar Akhund on Tuesday, the first known conversation between a US leader and a top Taliban official.

The US invaded Afghanistan to overthrow a ruling Taliban regime in 2001. The Taliban now control or hold influence over more Afghan territory than at any point since then. American forces have remained bogged down in the country ever since.

Trump has long expressed eagerness to bring American soldiers back home and to end the war as he seeks re-election in 2020.

About 2,400 US soldiers have been killed in the war. Over 100,000 Afghans have also been killed or injured since 2009, when the UN Assistance Mission in Afghanistan began documenting casualties.