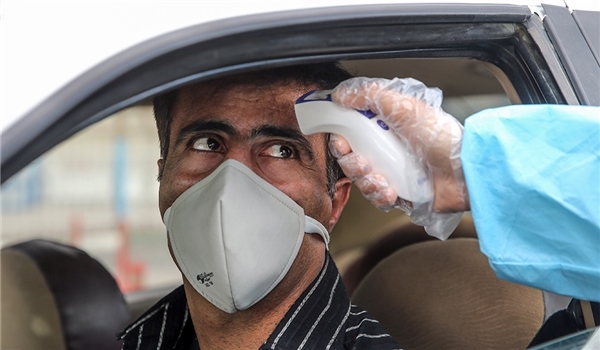 TEHRAN (FNA)- Iranian Foreign Minister Mohammad Javad Zarif cautioned the international community that not cooperating with Tehran in its battle against the COVID-19 or trying to pounce on the situation will not benefit anyone, reminding that the virus knows no borders.

Zarif said in a post on Twitter on Thursday that Iran’s efforts to contain the coronavirus would only succeed if countries in the region and around the world do their share of responsibilities and cooperate with Tehran.

“We either win together or lose together,” said Zarif, adding, “Global and regional cooperation [is an] imperative.”

The top Iranian diplomat said that Iran is closely cooperating with international agencies, like the World Health Organization (WHO), to contain the spread of the disease both inside Iran and into other countries.

He also attached a video clip to his tweet showing that travelers arriving in the Iranian airports were going through strict controls and checks to spot any infection.

A total of 107 people have died of coronavirus in Iran while the total number of confirmed cases was put at 3,513 as of Thursday noon local time.

Iran has been battling the virus amid a series of economic woes caused by the American sanctions on the country.

That comes as the sanctions have hampered Iran’s access to medicine and medical gear.

China, the country where coronavirus originated more than two months ago, said on Thursday that US bans on Iran were against the spirit of humanity, calling on Washington to remove the sanctions.

China’s Foreign Ministry Spokesperson Zhao Lijian said Washington should stop hampering efforts both by Iran and the international community to stop the spread of coronavirus.

Commander of the Islamic Revolution Guards Corps (IRGC) Major General Hossein Salami expressed confidence that Iran will gain victory against the coronavirus epidemic, saying that the virus might be a biological offensive by enemies.

“Today, we are involved in a biological battle and the country will pave this difficult path with stability, consolidation and consistency and will see the end of (Iranian) year (March 19),” General Salami said, addressing a ceremony in the Southern province of Kerman on Thursday.

Globally, more than 95,480 people have been diagnosed with COVID-19 with over 3,280 deaths so far, the vast majority of them in China where the virus originated late last year.

As the US death toll hit 11 Wednesday, both California Gov. Gavin Newsom and Los Angeles Mayor Eric Garcetti declared states of emergency and announced six additional cases of the deadly coronavirus that has health officials around the world scrambling for answers. More than 150 cases have been confirmed across the US.

Tehran’s municipality announced that all the city’s public places, including the metro trains and buses, are being disinfected at the end of the line every hour as part of attempts to contain the spread of the virus.