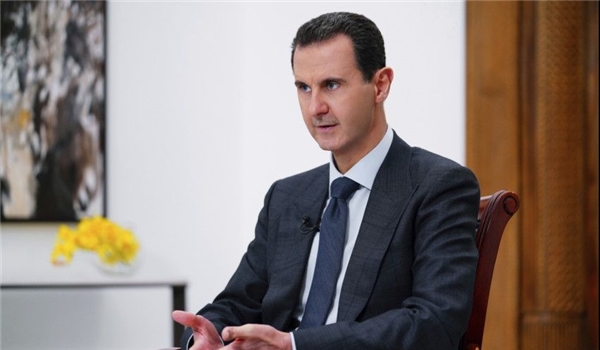 TEHRAN (FNA)- Turkey is using the problem of refugees to blackmail Europe amid the escalation of tensions in the Syrian province of Idlib, Syrian President Bashar al-Assad told the broadcaster Rossiya 24.

According to Turkey, one of the reasons for opening its borders to the European Union was the lack of assistance from the bloc in dealing with the flow of migrants.

Under a 2016 agreement, Ankara promised to restrain the flow of migrants into the bloc, while Brussels pledged to provide funds to help Turkey care for the refugees.

The situation with migrants on the Greek-Turkish border escalated in late February after Ankara announced it had opened its border with the European Union to migrants and refugees following an escalation of tensions in Idlib.

Soon after that, thousands of migrants rushed to Turkey's border with Greece and Bulgaria in an attempt to get into Europe.

Over 34,700 illegal border-crossing attempts have been prevented and 244 people arrested since early Saturday, the Greek media reported.