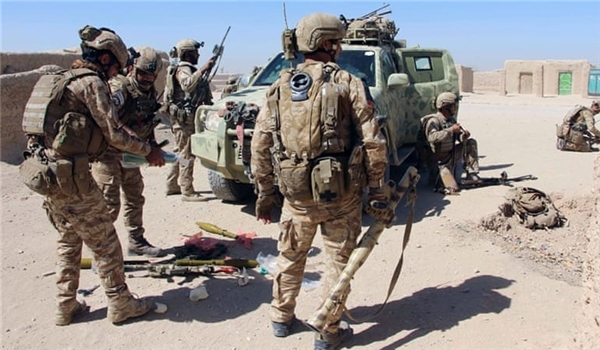 TEHRAN (FNA)- Appeals judges at the International Criminal Court (ICC) gave the green light to prosecutors to open an investigation into war crimes and crimes against humanity by the US in Afghanistan.

"The prosecutor is authorized to commence an investigation into alleged crimes committed on the territory of Afghanistan since May 1, 2003," ICC judge Piotr Hofmanski said in a ruling on Thursday, World News reported.

"It is for the prosecutor to determine whether there is a reasonable basis to initiate an investigation" under the court's statutes, the judge added.

The court upheld an appeal by prosecutors against a pretrial chamber's rejection in April last year of Chief Prosecutor Fatou Bensouda's request to open a probe in Afghanistan.

In 2006, the ICC's prosecutors opened a preliminary probe into possible war crimes and crimes against humanity committed in the Asian nation since 2003. In 2017, prosecutor Bensouda asked judges to allow a full-blown probe, not only into Taliban and Afghan government personnel but also international forces, US troops and members of the Central Intelligence Agency (CIA).

Former National Security Adviser John Bolton warned in 2018 that the US would arrest ICC judges if the court pursued an Afghan probe.

"The decision also sends a much-needed signal to current and would-be perpetrators of atrocities that justice may one day catch up to them," HRW's Param-Preet Singh stated.

The US invaded Afghanistan to overthrow a ruling Taliban regime in 2001. American forces have since remained bogged down in the country through the presidencies of George W. Bush, Barack Obama, and Donald Trump.

About 2,400 US soldiers have been killed, along with unknown tens of thousands of Afghan troops, Taliban militants and Afghan civilians. America has spent more than $1 trillion in fighting in Afghanistan.

Fighting has continued ever since - last year more than 3,400 civilians were killed and almost 7,000 injured, according to data provided by UN agencies. Over 100,000 Afghans have also been killed or injured since 2009, when the UN Assistance Mission in Afghanistan began documenting casualties.

The direct US-Taliban talks were launched in 2018 as part of a push by Trump's administration to strike a deal with the militant group.

Trump has long expressed eagerness to bring US soldiers home and to end the country's longest war as he seeks re-election in 2020.

After nearly two decades of war, the United States and the Taliban last week signed an agreement aimed at paving the way for complete withdrawal of American forces from Afghanistan.

About 14,000 US troops and approximately 17,000 troops from NATO allies and partner countries are stationed in Afghanistan.

The Taliban now control or hold influence over more Afghan territory than at any point since 2001.

Experts say, however, that it is the Afghan government and the Taliban, rather than the US and the militant group, who should address important questions on the future of Afghanistan.