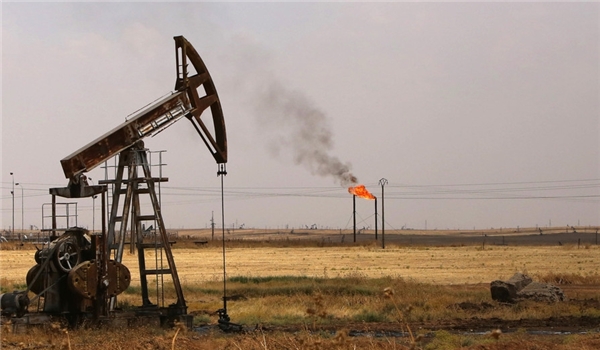 TEHRAN (FNA)- Syrian Interior Trade Minister Atef Naddaf accused the US of selling oil from the Syrian oilfields through Turkey.

"Our enemy, the United States, they sell it [oil] to Turkey and so forth. Through Turkey and further on. And in other Syrian areas with oil, there is completely destroyed infrastructure, there are destroyed railways, all power stations are destroyed. We do not have electricity, and where is no electricity there is no local [oil] production," Naddaf said in an interview with Russia 24 TV channel.

He added that Syria was forced to buy the oil which can only be done with US dollars.

He stressed that the country's banks, including the central bank, were sanctioned, while all money transfers to Syria remain banned.

In October, US Defenсe Secretary Mark Esper stated that the US would defend oil fields in Syria and would respond with force to any attempt to capture them, letting in neither Russian nor Syrian forces.