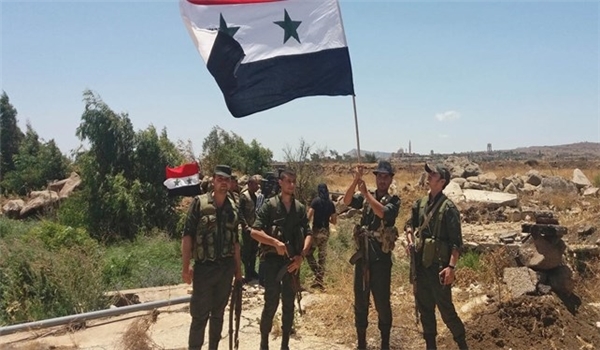 TEHRAN (FNA)- The Syrian army forces recaptured 458sq/km and 1,432sq/km of territories in Aleppo and Idlib, respectively, since the start of their operations against the terrorists in the two provinces on December 19.

Only in the past 60 hours, the army troops and their allies have imposed control over 30 towns and villages in the important Jabal al-Zawiyeh region.

The Syrian army soldiers could liberate 5 new regions in Southern Idlib Tuesday night. In case of further advance in the region, the terrorists will be surrounded in Jabal al-Zawiyeh.

The Syrian Army units continued their advances in Southern Idlib in Northwestern Syria on Tuesday.

The Syrian Army resumed its military operations to the South of Idlib city after several days.